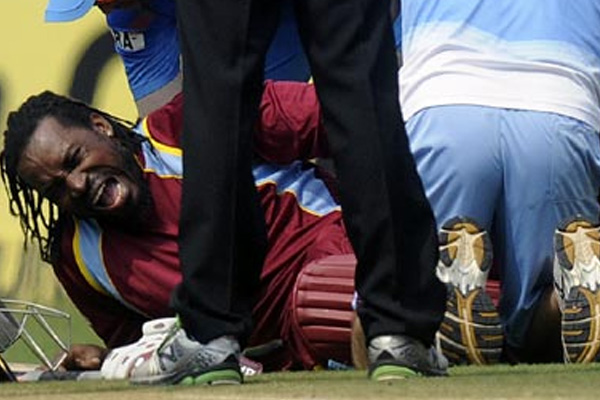 NELSON, New Zealand (CMC) — West Indies captain Dwayne Bravo has brushed aside speculation that flamboyant opener Chris Gayle will be back in the side in time for the two T20 matches to end their tour of New Zealand.

Coach Ottis Gibson had said that he was hoping Gayle would return for the T20s as he recovers in Sydney from a hamstring injury.

“Chris has a while to go. There’s a lot of cricket to be played in 2014 for us and we don’t want to rush him back too soon,” said Bravo.

“We have a T20 World Cup to defend [in March/April] and he’s going to be a big part of that tournament along with [Kieron] Pollard. We’re going to allow them to take their time to recover”.

Gayle suffered the hamstring tear in India in November and was originally expected to be sidelined for about a month.

He raised hopes of a return for the New Zealand tour last month when he appeared in Sydney and was photographed batting in the nets.

“He’s doing his rehab there and it’s the right approach. He flew himself over there to ensure he got the right treatment and therapy. He wants to come back fitter and stronger and there’s a lot of cricket in 2014,” said Bravo.

“He’s in the right place, we keep in contact and he has a close eye on what is going on and always wishes us all the best. As a team we can’t wait to have him back”.

The tour-ending Twenty20 internationals are scheduled for Auckland on January 11 and Wellington on January 15.