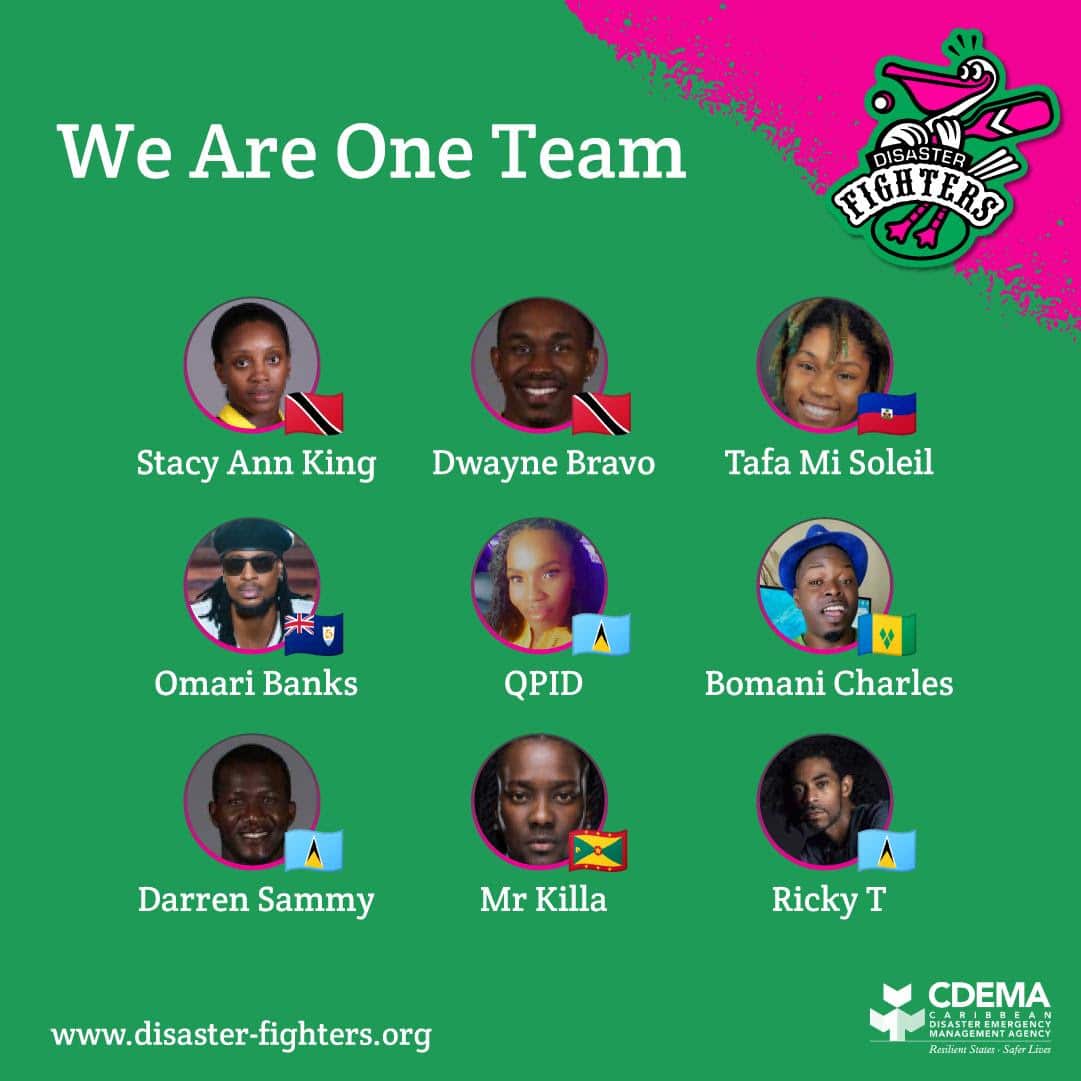 On Jun 29, 2021
CaribPR Wire, NEW YORK, NY, Tuesday, June 29, 2021: TikTok Influencers, top West Indian cricketers and music stars are joining arms as the new “Disaster Fighters,” a team of influential figures, to disseminate informational messages on fighting the impact of hurricanes, volcanic eruptions, COVID-19 and other hazards.
Starting June 28th, West Indian cricketers, DJ Bravo of Trinidad and Tobago; St. Lucia’s Daren Sammy, and St. Kitts & Nevis’ Kieran Powell, have joined forces with musicians, Mr Killa of Grenada, Tafa Mi Soleil of Haiti and Ricky T of St. Lucia, for the TikTok campaign kick-off.
Popular Caribbean TikTok creators will go live and connect directly with the audience in real time to help spread hurricane preparedness messages and hear about the personal experiences of those who have lived through disasters. They will also invite users to show their support for the Disaster Fighters campaign by creating videos using the hashtags, #DisasterFighters and #HurricaneSeason.
A TikTok Challenge #MakeAPlan will be launched to inspire and encourage the general population in order to raise awareness about hurricane preparedness through creating and sharing creative videos, singing the famous Jahmar Hamilton phrase: “Make A Plan,” in a 10-second segment of the Disaster Fighters song.
The 2021 hurricane season runs from June 1st to November 30th. The impact of hurricanes in the Caribbean region is growing every year, and it’s important to alert nationals and send relevant preparedness messages. TikTok, the leading destination for short-form mobile videos has partnered with the Caribbean Disaster Emergency Management Agency, (CDEMA) on this regional prevention campaign to raise awareness about the hurricane season in the Caribbean Community, (CARICOM) region.
TikTok will support the Disaster Fighters campaign to encourage people to be prepared for the hurricane season and provide access to informational messages on preparedness before, during and after a hurricane. They will also engage in livestreams and the creation of videos to improve community preparedness and resilience to risks such as hurricanes in the region.
The initiative is supported by the World Bank, TikTok, the European Union’s Caribbean Regional Resilience Building Facility, the Canada Caribbean Resilience Facility, the Global Facility for Disaster Reduction and Recovery and Binance Charity. The campaign has been developed by the risk communications firm Pacifico.
Continue Reading
Share
You might also like
Sports