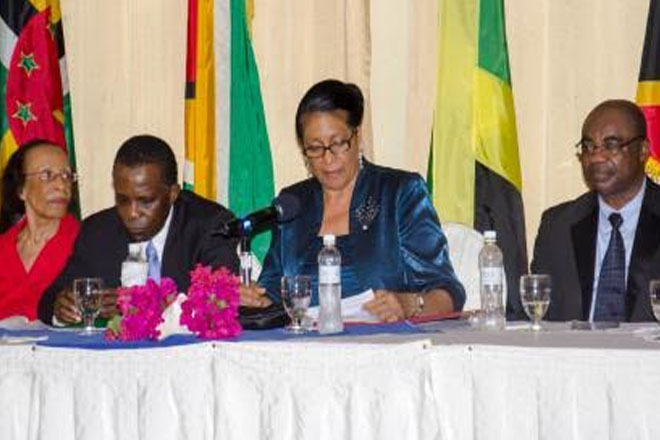 It was launched at the first Commonwealth regional conference for heads of integrity commissions and anti-corruption bodies in the Caribbean, taking place between 22-26 June 2015, and inaugurated by Dame Cecile La Grenade, the governor-general of Grenada, and Dr Keith Mitchell, the prime minister of Grenada.

The association, made up of the heads of national commissions, will help Caribbean countries to cooperate across borders, exchange best practices and develop regional anti-corruption initiatives.

Maharaj said: “The formation of this new association represents a major step forward in regional efforts to support integrity and address corruption. We have high hopes for the future of this network of national agencies, which will deliver practical benefits to members as a forum for knowledge sharing and coordination. The intention is also to help countries learn and exchange with other Commonwealth countries and regions.”

Justice Dame Monica Joseph, chairperson of the Integrity Commission of Grenada, said: “The fact that we, in the Caribbean, will be forming ourselves into a regional association is recognition by us as a body that we consider it vital for the persons who serve us in public life, to function honestly, free of corruption and corrupt practices. We hope that, with that step, the peoples of the region would have confidence in the several commissions and anti-corruption bodies that form the association.”

The establishment of the Caribbean body follows the similar formation, in 2011, of the Association of Anti-Corruption Agencies in Commonwealth Africa, spearheaded and supported by the Commonwealth Secretariat. The African association has helped improve the performance of national authorities through information exchanges, peer learning and by becoming a launch pad for bilateral agreements between countries.

The countries belonging to the new Association of Integrity Commissions and Anti-Corruption Bodies in the Commonwealth Caribbean are Antigua and Barbuda, The Bahamas, Barbados, Belize, Dominica, Grenada, Guyana, Jamaica, Saint Lucia, St Kitts and Nevis, St Vincent and the Grenadines, and Trinidad and Tobago.