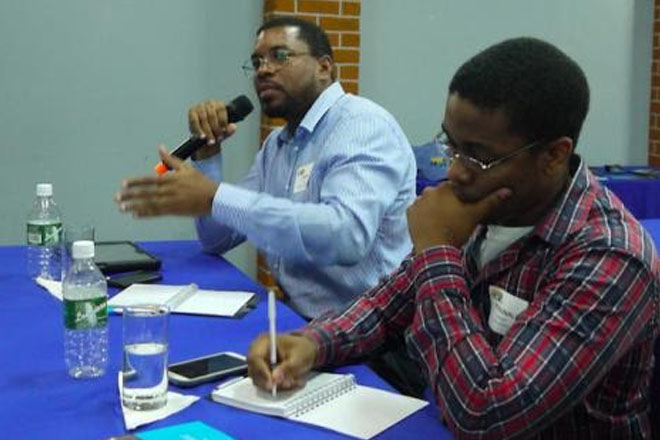 Roseau, Dominica — In the Caribbean, we routinely use our smartphones, tablets, laptops and other connected devices for work, play and everything in-between.

Every device connected to the Internet is identified by a unique address and, thanks to the swift growth of the Internet, very little now remains of that finite stock of numbering resources.

The current system of Internet number resource management, called Internet Protocol version 4 (IPv4), is near depletion. At a ceremony in Miami in February 2011, the last batches of IPv4 addresses were disbursed to the five regional Internet registries that manage those resources in the different regions of the world.

ARIN expects that all remaining IP addresses for North America and the parts of the Caribbean they serve will be claimed before the end of this year.

“In the coming weeks, for the first time in history, an organisation will come in and request IPv4 address space and qualify, but we won’t have it in our inventory to fulfill the request,” said Richard Jimmerson, ARIN’s chief information officer recently told Ars Technica.

But all is not lost. The Internet is in the midst of a major transition to a new version of IP addresses known as IPv6. And while IPv4 resource allocation has hit a critical stage, there is plenty of IPv6 address space available for anyone who wants to use it. The updated version launched with 340 undecillion (340 followed by 36 zeros) addresses, more than enough to address the shortage.

The Internet Society has already observed that more and more IPv6 networks around the world are seeing a lot of IPv6 traffic. Popular websites like Google, Facebook, YouTube, Yahoo!, and Wikipedia have been using IPv6 for quite some time now.

An Apple executive announced on the first day of its World Wide Developers Conference (WWDC) that the AppStore would soon require IPv6 support for all iOS 9 apps.

“Because IPv6 support is so critical to ensuring your applications work across the world for every customer, we are making it an AppStore submission requirement, starting with iOS 9,” said Sebastien Marineau, Apple’s vice president of Core OS.

Still, Caribbean internet service providers have been sluggish to adopt the new technology.

In a pair of exclusive interviews with the Trinidad Guardian last month, top officials from ARIN and LACNIC discussed Caribbean ISPs’ slow rate of IPv6 deployment.

Leslie Nobile, senior director of global registry knowledge at ARIN, told the Guardian that about 43 percent of ARIN’s ISP members in the Caribbean had already received their IPv6 allocations. That figure compares well with the percentage of allocations already given to ARIN’s US and Canadian ISP members, about 47 percent.

But LACNIC chief technology officer Carlos Martinez told the Guardian that, compared to their North American neighbours, Caribbean ISPs have been relatively slow to actually deploy the new technology. LACNIC’s figures on Internet traffic show a global average IPv6 adoption rate of around five percent, while the region lags at less than one percent, he said.

Organisations such as Caribbean Network Operators Group, the Caribbean Telecommunications Union and Packet Clearing House have been raising awareness of the need for regional organisations and governments to transition their networks to IPv6.

“Anyone responsible for managing an IP-based network should adopt IPv6 priority as if the future of their networks depended on it, because it does,” said Bevil Wooding, Internet Strategist with Packet Clearing House.

Wooding has been instrumental in raising awareness of IPv4 exhaust and the need for IPv6 migration in the Caribbean.

“Securing IP addresses stability is key to safeguarding the bourgeoning Caribbean digital economy. With IPv4 coming to an end and Internet growth continuing to rise, there is no time like the present to make the shift to IPv6. It’s simply too important an issue to leave unaddressed.”

ARIN on the Road

The urgent need for IPv6 migration feature high on the agenda of a free ARIN on the Road event in Roseau, Dominica, on June 18. Two sessions led by Leslie Nobile covered IPv4 depletion and IPv6 uptake, in particular.

The one-day event brought participants up to speed with the status and forecast of IPv6 adoption, and how to request and manage Internet resources.

Transitioning to IPv6 is very possible, and the exhaustion of IPv4 addresses in the region just provides operators with one more reminder that now is the time to make the transition.