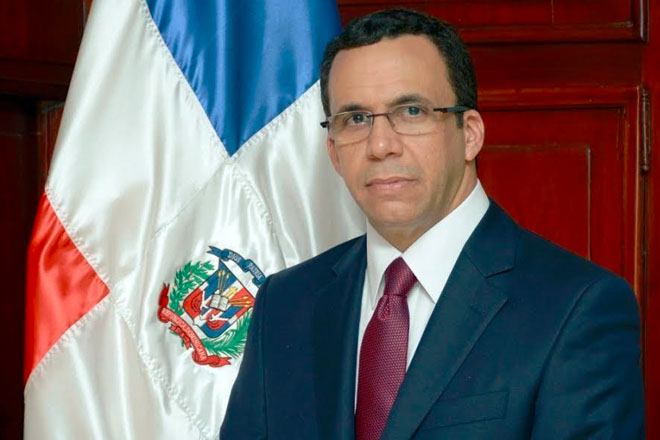 (MFA) — 30th June, 2015: Foreign Minister of the Dominican Republic H.E. Andres Navarro Garcia on Tuesday, 30th June 2015 addressed The Permanent Council of the Organisation of American States (OAS), delivered a presentation on the current situation regarding relations with Haiti, the regularization of persons of Haitian descent, the concerns of CARICOM and mechanisms to address these concerns. Ambassador Bocchit Edmond of Haiti also delivered a statement. The Bahamas also presented on behalf of CARICOM.

Mrs. Kemoy Liburd-Chow, Counselor in the Permanent Mission to the OAS, who was accompanied Dr Everson Hull, Ambassador-designate, delivered a statement on the Federation’s position on the current human rights situation in the Dominican Republic.

In 2014, the Inter-American Court of Human Rights ordered the Dominican Republic to repeal the constitutional decision and “to take all necessary steps to adopt all juridical measures in order to offer a more simplified birth registration process, which can be accessed by a large group of persons.”

As of June 19th, 2015, persons without regularised status have been deported; others have voluntarily left and the influx of Dominican Republic citizens to Haiti has the potential to create a human rights disaster, compounding the lingering effects of the catastrophic earthquake of January 12th, 2012, from which the country has not yet recovered. The action of the Dominican Republic has the potential to render hundreds of thousands of citizens stateless.

The Secretary General of the OAS proposed that a Mission be deployed to the Dominican Republic and Haiti not merely to observe, but also to address some of the apparent irreconcilable differences. Foreign Minister Navarro Garcia expressed his Government’s willingness to receive said Mission.