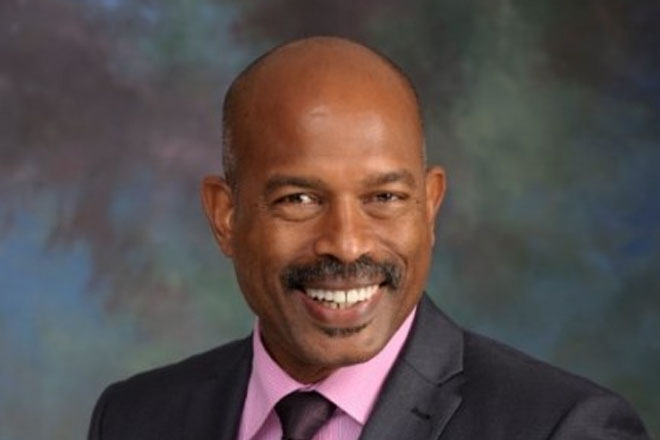 Bridgetown, Barbados — The Barbados-based CARICOM Development Fund (CDF) has a new chief executive officer (CEO), who will lead that organisation through its Second Funding Cycle, 2015-2020.

He is Rodinald Soomer, an economist, who was previously employed in the Division of Economic Affairs with the Organisation of Eastern Caribbean States (OECS) Commission, from May 2005 to August 2015, where he headed the Economic Development Policy Unit.

The holder of a Bachelors Degree in Economics from the University of the West Indies (UWI) and a Masters Degree in Economics from Britain’s York University with a specialization in Project Analysis, Finance and Investment, Soomer’s management responsibilities with the OECS included oversight of regional sector programmes in agriculture, tourism, statistics and e-government, and a lead role in the preparation of a regional growth and development strategy.

Soomer started his career with the government of St Lucia in the ministry of planning, development and environment, where he served for 12 years from 1986 to 1998. During that period, he managed many multi-year programmes of development assistance from major donor and technical assistance agencies, including the British Development Division/DFID (now UK AID), the European Union, Kuwait Fund, Commonwealth Secretariat, Organization of American States (OAS), the World Bank and the Caribbean Development Bank (CDB).

In the process, he honed his expertise in programme and project cycle management, spanning many sectors including Economic and Social Infrastructure, Tourism and Agriculture; and his skills in economic analysis, strategic planning and capital budgeting. In 1998, he transitioned from government, as chief economist in the ministry of planning, to the private sector for a six-year stint as chief executive officer of the St. Lucia Hotel and Tourism Association (SLHTA).

With the CDF, Soomer’s key responsibility will be to provide direction and leadership to the CDF’s planning, strategy development and implementation processes. These include identifying funding sources, quantifying resource requirements, designing strategies to approach potential contributors and development partners, and administering appropriate policies for the sustainability of the Fund’s capital.

The new CEO will engage in high-level policy dialogue with member states’ governments and partner regional agencies in developing programmes and interventions consistent with the strategic goals of the CDF, whose mandate is to provide technical and financial assistance to the disadvantaged countries, regions and sectors in CARICOM to enable them to maximize the benefits of participation in the CSME.

He will play the lead role in negotiations with regard to resource mobilization and in advocating the CDF’s vision and mission within the CARICOM region and the donor community.