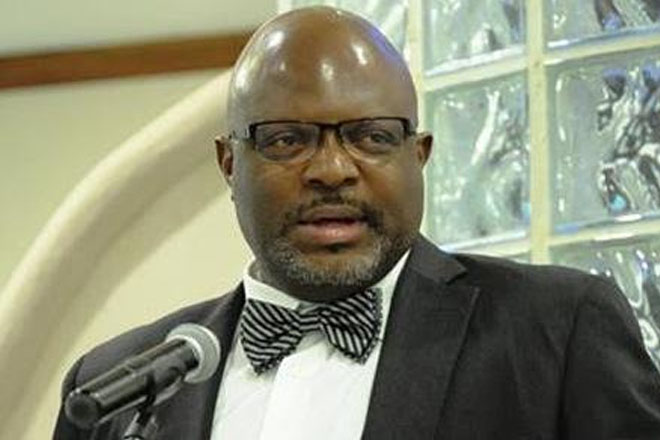 CARICOM heads urged to focus on crime and security agenda

Bridgetown, Barbados (BGIS) — With increases in crime being recorded across the region, especially involving the use of firearms, Caribbean Community (CARICOM) governments are being urged to pay closer attention to the crime and security agenda agreed to by the heads of government in 2013.

Barbados attorney general, Adriel Brathwaite, has also expressed concern that, with the 36th regular meeting of CARICOM heads of government set to take place in Barbados later this week, enough attention is not being paid to establishing the crime and security strategy.

Brathwaite, who is also minister of home affairs, made these comments on Monday during the opening of a Customs and Border Protection Border Security Professional Exchange three-day conference, being held in Barbados under the theme: Information Sharing and Collaboration as a Strategy to Counter Transnational Criminal Organisations.

He stressed that regional governments had a responsibility to ensure that the vehicles used to implement the crime and security strategies in the region were given the necessary resources without totally relying on the United States or other international partners.

Brathwaite noted that the Advanced Passenger Information System (APIS) provided governments with advanced passenger information for every flight in and out of the region via the air and sea ports.

And, he encouraged those countries that have not yet signed on – Montserrat, Haiti, Belize, Suriname and The Bahamas – to do so, as having all member states on board was important.

“It makes no sense not to have the legislative framework because it is important for us to have as much information as is relevant on individuals coming into the territory and leaving the territory,” he stated.

The attorney general pointed to the issue of foreign terrorist fighters, and those transiting the region, as another matter for consideration. However, he made it clear that governments should also take into account those persons who were citizens of the region but were going to fight in Syria and other countries.

“We have to reach a regional position on how to treat such individuals… because of the type of ideology and knowledge that they have [which] we don’t want to be fed to our general populace,” he suggested.

Meanwhile, US ambassador, Dr Larry Palmer, gave an assurance that his government remained committed to the pledges made to reduce illicit trafficking and promoting social justice.

He also urged regional states to reach out to the Joint Regional Communications Centre and share their challenges and successes, so their needs and progress could be known. The ambassador stressed that as long as the region “remained united against common enemies”, they would continue to keep communities safe.

Brathwaite also called on regional governments to use available resources to track firearms coming into the region.

He added that while the region did not manufacture firearms, the majority of deaths and violent crimes were gun-related. Noting that there was a unified cry throughout the region about the use of firearms in the commission of crimes, Brathwaite said that the issue of border security would be a major focus of the three-day meeting.

“We need to look to see how we can beef up our border security to stop them from coming to the region,” he stated.

He explained that while Caribbean countries encouraged yachts and boats for pleasure, there was a need to examine the risks associated with such practices.

“From a national security perspective, the whole issue of yachts and ships going through the region is a risk that we have to look at,” the minister emphasised.