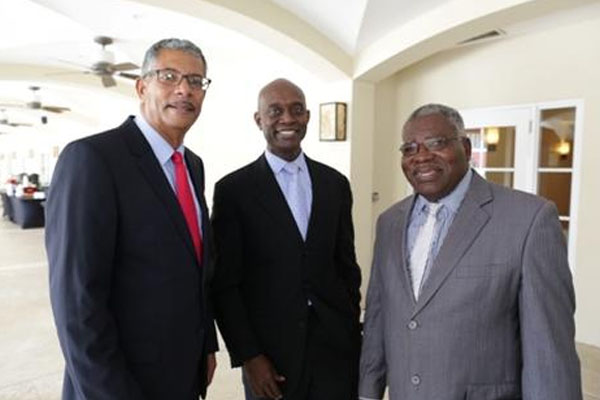 Bridgetown, Barbados — Chief executive officer of the CARICOM Development Fund (CDF), Lorne McDonnough, has urged member states to renew their commitment to the organisation for the upcoming second funding cycle despite the difficult economic times.

Addressing the recent fourth meeting of contributors and development partners held in Barbados, McDonnough described the CDF as an example of regional integration at work even as CARICOM member states continue to confront economic and financial challenges.

He noted that in an environment where some CARICOM stakeholders doubt the relevance of the regional movement, the CD played a positive role through its active support of projects which promote economic and social cohesion and in the final analysis has a positive impact on CARICOM citizens in their daily life.

McDonnough stressed: “We in CARICOM must courageously pursue the goal of integration and, in so doing, ensure that the facilitating mechanisms like the CDF can work effectively to allow for the realization of the gains from trade and that these gains are fairly distributed.”

Noting that only 67.5 per cent of the CSME had so far been fully implemented, he revealed that the strategic plan for the wider region had been approved by CARICOM Heads and would focus on an achievable range of priorities, recognising that resources were finite and that implementation of these priorities was key.

Reflecting on the CDF’s performance during the first funding cycle, McDonnough noted that the Fund had approved grants and loans for eight member states amounting to some EC$123.6 or US$ 46.15 and was working with other development partners to leverage its resources.

He added that CDF’s involvement in the financing of the new Argyle International Airport and its partnership with the Caribbean Development Bank (CDB) on the Northern Highway Project in Belize were small but significant undertakings in keeping with their remit and demonstrated that as a small treaty-based entity, they can play a vital role in addressing disparities within the integration process.

McDonnough added that, the replenishment negotiations facilitated by Council for Finance and Planning (COFAP) will commence in earnest in mid-October: “The success of these negotiations will depend on full constructive participation by Member States reinforced by the recognition that the CDF has got off to a good start, but the work of the CDF in addressing economic and social disparities has just begun.”

He reminded that Haiti and Montserrat were not yet members of the CDF, and the work on the cohesion index to assist in the identification of more developed countries (MDCs) disadvantaged regions and sectors is still ongoing.