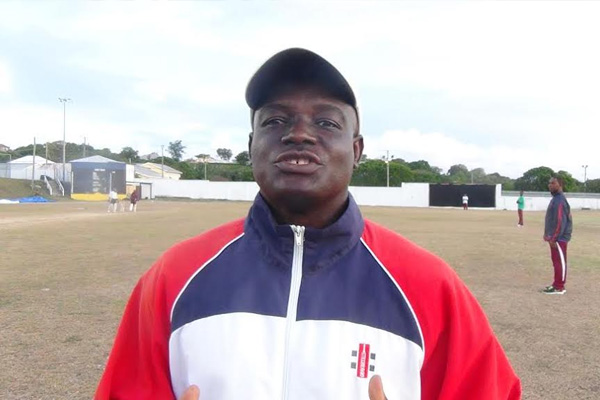 Nevis totally dominated the tournament last year by winning all of their matches quite comprehensively.

The newly appointed Captain of the Nevis Masters’ Cricket team, was quick to point out that the squad which was released late Wednesday night has a few critical changes from last year’s winning team but noted that even though the replacements may not be as good, they are highly capable of making significant contributions.

He noted that missing from this year’s team are: Stuart Williams—off on West Indies duties; Keith Arthurton-nursing an injury; Tony Grant—unavailable.

He however noted that the bowling line up remains pretty much the same led in the pace department by Charles YELLOW MAN Hendrickson and Gerard TRINI Charles with the spin bowling attack having the likes of Frank Monzac and Patrick Newton.

He also recalled that the team is set to meet the very competitive Anguilla team in the first match on Friday and noted that last year, they used spin bowlers in the first six overs.

‘If they try that this year, we will be ready for them,’ noted Tuckett.

Tuckett also took time out to extend condolences to former Nevis opener Cordel Walters and family, as his Mom passed away on Wednesday night.

Friday June 6th. St. Kitts takes on St. Croix at the ET Willet Park and host island and defending champions Nevis takes on Anguilla at the Cotton ground playing field. Both matches start at 9.30 am

That same day at 2.00 pm St. Kitts takes on St. Maarten at Cotton Ground and Antigua takes on St. Croix at the ET Willet Park

That same day at 5.00 pm—St. Maarten lock horns with Antigua at the ET Willet Park

Then on Sunday June 8th—this is the big one baby!

At 9.30 am Semi finals at the Cotton Ground Playing field and the ET Willet Park