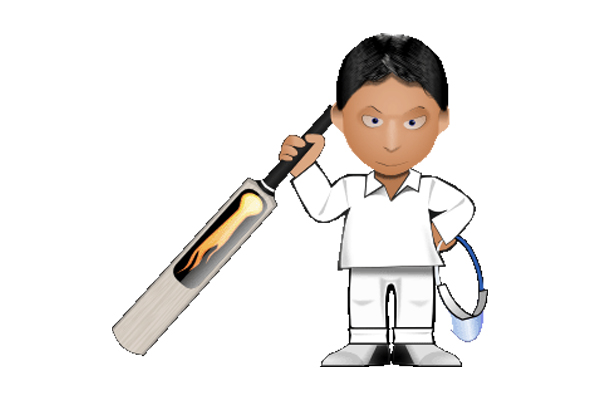 Carty and Ross Powell get half centuries but Trinidad beats Leewards

(Sports Page)— The WICB hosted under 19 one day cricket tournament entered round seven on Wednesday 13th August. It was the final round of the preliminary matches.

Trinidad and Tobago engaged the Leeward Islands at the Demarara cricket club.

The Leewards team batted first and got to exactly 250 for 8 in their allotted 50 overs.

They were led by superb innings by K. Carty who got 83 not out and Ross Powell who got 53.

Trinidad and Tobago however overhauled the total in just 40 overs for the loss of five wickets.

They were led by fine knocks from C. Carimbocas with 60 and B. Christmas with 57 not out .

Trinidad and Tobago won the match by 5 wickets and secured 6.2 points while the Leewards collected 0.2 points.

Theron Bussue; Martina and Scott, all got one wicket each

In other matches played—Guyana won over Barbados by 44 runs with their openers, Tagenarine Chanderpaul and S. Hetmyer both getting centuries