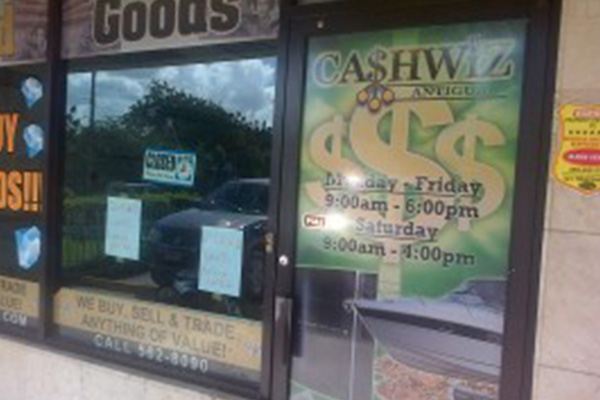 ST JOHN’S, Antigua- Charges are reportedly pending against a manager of Cashwiz – a pawnshop located at Woods Mall — after he allegedly falsely reported being robbed of $75,000 and other items by armed criminals.

A prison officer has also been charged in the execution of the alleged offense.

Well-placed sources said the prison guard, who was reportedly “holding” the “stolen items,” is likely to be jointly charged with the manager for public mischief, conspiracy to defraud, making a false report to police, and larceny.

A source reported that since his detention, the businessman has turned over to police, $10,000 of the $75,000 he alleged was taken from him in a gun attack that seemingly never happened.

The area where the Friar’s Hill business is located is usually manned by security guards, and closed circuit security cameras.

Investigators were allegedly able to rely on footage from the security cameras to help crack the case.

Initially, police spokesman Corporal Frankie Thomas said lawmen received reports that some time close to 7 am Monday, two armed men pounced on one of Cashwiz’s managers Marcel Armand and robbed him of cash and other items.

Since the alleged attack, the business has been closed.

A sign at the entrance indicates the closure will remain in effect “until further notice.”