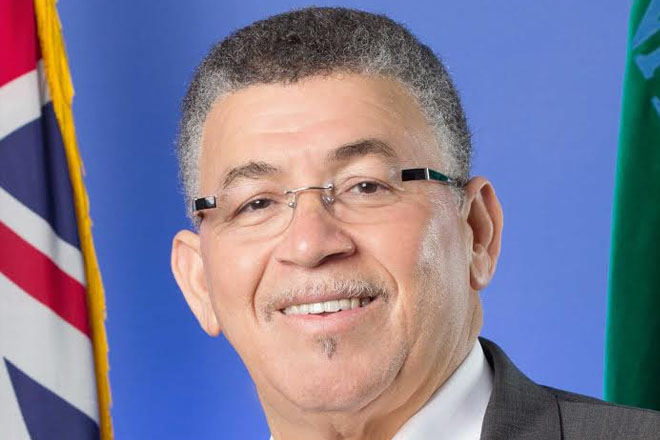 GEORGE TOWN, Cayman Islands (CNS) — The Cayman Islands opposition leader has alleged that a deliberate conspiracy between the former governor, Duncan Taylor, and the police commissioner, David Baines, was entirely politically motivated and his October 2014 trial based on corruption allegations led to his humiliation and ridicule.

In a legal action against the government officials, McKeeva Bush stated that the allegations against him about the misuse of his government credit card were designed to remove him from office and ensure he lost the 2013 election, which he claimed he would have won were it not for the malicious prosecution.

In a short statement in response to the lawsuit, Baines confirmed he had received the writ and the matter was now in the hands of the lawyers.

“I am limited as to what I can say professionally about this case, due to the legal action, other than my actions were lawful at all times and I have engaged in no such conspiracy as that suggested,” he said. “I welcome the opportunity to respond fully to the misrepresentations made by Mr Bush in his court writ and the legal process it has initiated.”

In the ten-page statement of claim filed in the Grand Court, Bush’s lawyers stated that Bush never committed a crime as there was no policy in place at the time banning personal use of a government credit card.

Pointing to the admission by Kenneth Jefferson during the trial that the case against Bush was based on an “inexplicable mistake”, the lawyers stated that the defendants in this case deliberately avoided seeking out the truth because they had colluded to ensure Bush was ousted from office. The former governor had directed and interfered with the case against Bush and ensured his arrest was carried out “in a blaze of publicity”.

Bush is claiming some $875,000 in legal costs and unspecified damages as a result of the harm he says the conspiracy to deliberately bring him down undemocratically has caused. His lawyers stated that the conspiracy caused him to lose his longstanding relationship with his bank, his family business has suffered, and he feared that he would be imprisoned. But he also not only lost his job as premier, his party lost the election, which the lawyers say the West Bay veteran would have won were it not for the conspiracy.

The statement of claim implies that the current premier, Alden McLaughlin, was involved in a secret agreement with the governor to ensure Bush’s arrest and charged, which had the desired political outcome of his “permanent removal from the office of the premier”. However, he falls short of directly accusing McLaughlin of being involved in the alleged conspiracy.

Bush and McLaughlin are currently engaged in another courtroom battle over the comments Bush made previously about the premier’s involvement in Bush’s political downfall in 2012, when McLaughlin was leader of the opposition. Following a press conference where Bush made a number of allegations against the premier, McLaughlin filed suit against Bush.

That case is currently winding its way through the system but the veracity of the documents Bush is basing his allegation on have been called into question and are currently the subject of a forgery investigation.