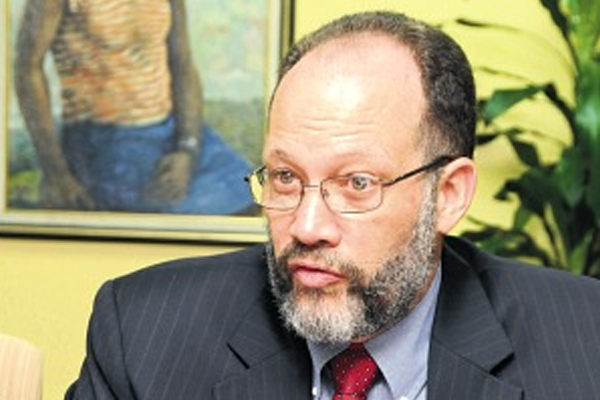 ‘CCJ has proven its worth’

Georgetown, Guyana (CMC) — Caribbean Community (Caricom) Secretary General Irwin La Rocque says he is looking forward to the day when all 15 members of the regional grouping will join the Trinidad-based Caribbean Court of Appeal (CCJ).

La Rocque, addressing a special sitting of the CCJ on Wednesday to honour retiring Madam Justice Desiree Bernard, said the court — which replaces the London-based Privy Council as the region’s highest court — “in both its jurisdictions represents the essence of our independence and sovereignty and is essential to the progress of the integration movement.

“It is an institution that has proven its worth and I look forward to the day when all our member states accede to both its jurisdictions,” he said.

The CCJ, established in 2001, has both an original and appellate jurisdiction. But while most regional countries are signatories to the original jurisdiction, only Guyana, Barbados and Belize are members of the appellate jurisdiction of the court that also serves as an international tribunal interpreting the Revised Treaty of Chaguaramas that governs the regional grouping.

LaRocque said the appointment of Justice Bernard, one of the inaugural judges, and the first female CCJ judge “was a proud moment for us in the Community, given that Justice Bernard was the recipient of the Eighth Caricom Triennial Award for Women in 2005, evidence that she has distinguished herself in numerous areas, two of which are of particular significance to the Caribbean Community”.

He told the special sitting that Justice Bernard has shown what women can achieve “in a not-so- level playing field” and has also set “an awe-inspiring example for women to follow.

“Mme Justice Bernard has consistently showed her concern for women across the region and has worked tirelessly in calling for the cessation of violence against women and for their equal treatment in all facets of life, be it in their homes, their workplaces and in their marriages or other unions.”

He said the retiring regional jurist has consistently reminded the Caribbean of the Charter of Civil Society, which she described as “an oft-forgotten regional instrument signed and adopted by resolution of all member states of the Caribbean Community”.

Article XII of the Charter addresses the rights of women, which include the right to legal protection, including just and effective remedies against domestic violence, sexual abuse and sexual harassment.

La Rocque said that Justice Bernard’s contribution to the development of jurisprudence in Guyana and the Caribbean was by no means limited by her contributions in the social arena.

“Her contribution to the development of Caribbean jurisprudence has continued in the realm of Community Law as she has sat on the panel for pioneering cases in the Original Jurisdiction of the CCJ,” he said, noting that she was also on the panel in the recent seminal case of the Jamaican Shanique Myrie and Barbados.

La Rocque said that the Court’s ruling “has been studied most assiduously since its delivery in October 2013, by governments, officials, academics, the international community and, most importantly, Community nationals.

“It confirms the legal status of decisions of the Conference and other Organs of the Community, as being “secondary legislation”, part of “Community law”.

“This judgment has far-reaching implications for the decision-making process in Caricom, where it is now clearly recognised that the Organs of the Community can take decisions pursuant to the authority and procedure set out in the Revised Treaty, and such decisions can be binding and enforceable at the Community level,” La Rocque added.