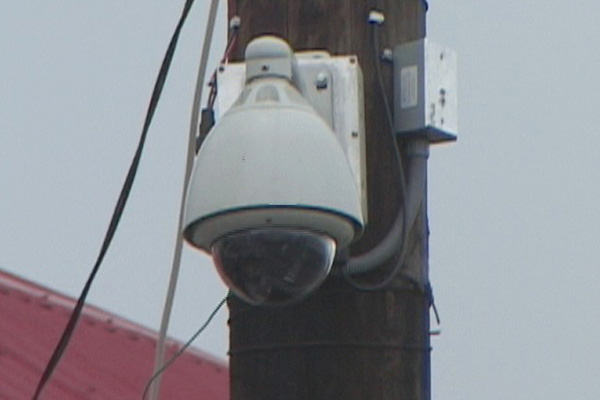 Commissioner of Police Celvin G. Walwyn told SKNIS that much of the major centers in Basseterre and Charlestown are covered with CCTV cameras and they have been a welcomed tool to law enforcement as it has provided “leads to new investigations.”

“CCTVs do not stop crime and that should be made clear to the people,” Walwyn explained, noting that cameras are prominently featured in England but crime still exists. “It (CCTV) gives us investigative tools to use in solving crimes. For instance, something may happen and we will know that it’s two people or one person. What kind of car it was. Even if we don’t get the [license] plate at least we can narrow it down so we know what we’re looking for.”

The police commissioner stressed that law abiding citizens have nothing to fear from the security cameras as they are not breaking any privacy laws.

“… They are out in the open, most of them anyway. The public will see them,” he stated.

Her Excellency Astona Browne, Permanent Secretary in the Anti-Crime Unit of the Office of the Prime Minister, stated that government is pleased to have delivered on the completion of this phase.

“We intend to give critical support to our law enforcement agencies to build their capacity in crime detection and crime prevention initiatives that will help to improve the safety and security of our country, our communities and our people,” Mrs. Browne emphasized.

A number of public and private sector agencies at home and abroad have assisted in the CCTV project. The Department of Information Technology has been one of the main partners in this initiative. The permanent secretary named other key contributors.

“We would like to make mention of the Coalition of Support for St. Kitts-Nevis Security Initiatives (CSSKNSI). They have worked closely with us, giving us advice,” she revealed. The SIDF (Sugar Industry Diversification Fund), we would want to thank them for the assistance they have also given to us to ensure the roll out of this initiative.”

Friendly governments including the Republic of China (Taiwan) and the European Union were also credited.