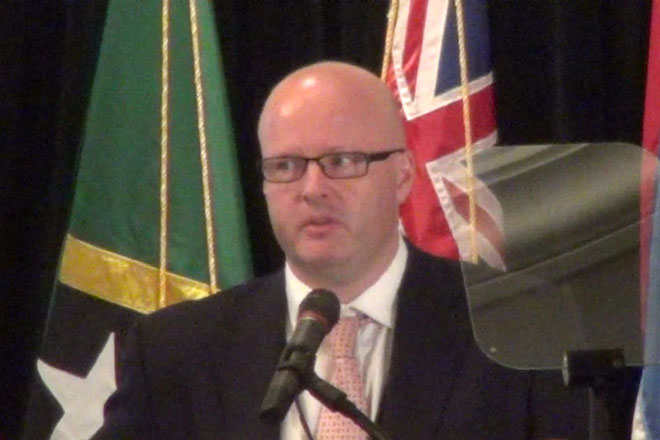 Basseterre, St. Kitts (SKNIS) — A discussion entitled “Making Air Transport Work Better for the Caribbean” was one of the highlight seminars at the 45thAnnual Board of Governor’s meeting of the Caribbean Development Bank (CDB) which ran from May 20-21 in St. Kitts- Nevis.

The seminar provided an opportunity to review a CDB commissioned study on the regional airline industry and for the setting up of a Caribbean Community (CARICOM) Airlines Association to identify opportunities to reduce cost, create greater synergies and earn more revenue. It also proposed the creation of an Air Transport Reform Authority to address longer-term strategic issues at the regional level. These were among the steps identified to place the industry on a firmer footing to facilitate its re-launching into the global marketplace as a stronger competitor.

CDB Economist, Mr. Damien Reeves pointed out why there was a need to discuss such topic.

“We certainly think that there is an opportunity to minimize some of the cost and deficit that were being returned,” the Economist said. “We wanted to identify the vehicles by which some of these recommendations might actually be taken forward.”

Mr. Reeves highlighted some of the problems faced through regional travel and stated, “having identified why the industry is in a bit of a problem, consultants then went on to consider options for fixing it.” “Many of these problems were based on experience elsewhere particularly in the US and European Union (EU),” he said.

According to an official of CDB, the study reportedly was carried out between the last quarter of 2014 and March 2015 and was undertaken against the background of airlines continuing to make losses and shareholder governments, under tight budgetary constraints, concerned about having to prop them up indefinitely. It found that regional airlines were consistently recording losses with the aggregate of accumulated deficits for Caribbean Airlines (CAL), LIAT and Bahamas Air (BA) estimated at approximately US$1 billion.