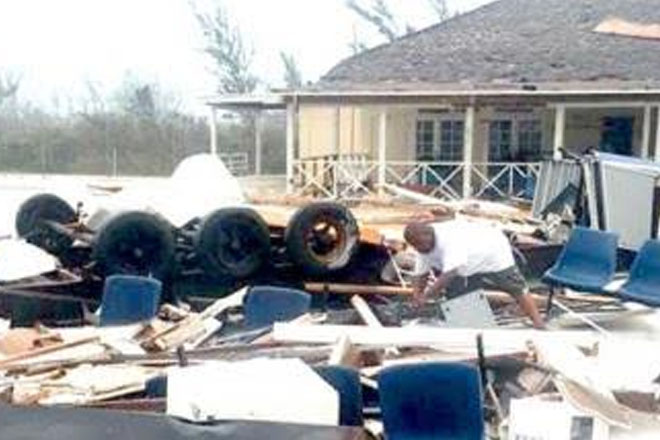 Bridgetown, Barbados — The Caribbean Disaster Emergency Management Agency (CDEMA) has finalized arrangements for three rapid damage and needs assessment teams for the Bahamas, following the passage of Hurricane Joaquin over the central and southern part of the archipelago.

The National Emergency Management Agency (NEMA) has provided an initial report based on the collaborative efforts between the National Disaster Committees (NDC) and Family Islands Disaster Consultative Committees and The Bahamas Information Services.

Rum Cay: There have been reports of significant structural damage to homes and buildings. The dock is completely destroyed; however, the airstrip is accessible.

Acklins Island: The runway at Acklins is now clear of debris; however, commercial flights have not received the “All Clear” to land or take off. An estimated 20 homes are totally destroyed and resident have been evacuated. The clinic has sustained severe flood damage remaining. The Bahamas Electricity Corporation (BEC) confirmed technicians were attempting to restore the lines in Delectable Bay. Electrical poles were down in Lovely Bay. The main bridge was completely destroyed.

Crooked Island and Long Cay: Reports reveal that 70% of Crooked Island is flooded with approximately 5ft of water in some areas and there is an island wide power outage. A significant amount of buildings and homes are damaged.

Long Island: The Clarence town dock is an accessible point of entry as the airport is inaccessible due to flooding. Attempts are being made to clear roads from Deadman’s Cay to Sella Maris and to provide relief via sea planes to these areas.

San Salvador: The airport at San Salvador has been completely destroyed but the runway is now clear and can be accessed. There has been significant damage to homes and San Salvador RBDF Royal Bahamas Defence Force reported that there were 84 persons at the Odell Center, Cockburn Town and 104 persons at the Research Center in United Estates.

Mayaguana: Communication link exists but efforts continue to establish full capability. There has been minor damage to home structures including loss of roofing shingles.

Harbour Island and North Eleuthera: Docks and airports are accessible in these areas however there are power outages in Harbour Island due to fallen power lines.

Ragged Island: One male has been reported missing.