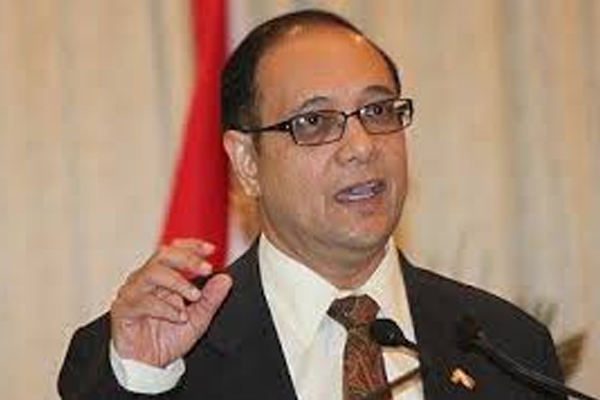 Port of Spain, Trinidad — Member of Parliament for Chaguanas West, Jack Warner, has filed a motion of censure against Trinidad and Tobago Finance Minister Larry Howai for his role as chief executive officer (CEO) of State-owned bank First Citizens when a loan was granted for the construction of the Carlton Savannah luxury hotel.

Carlton Savannah Ltd has since been placed into receivership and this has negatively affected First Citizens’ “non-performing loan ratio”, the motion states.

Howai’s conduct as First Citizens’ CEO has “eroded” the public’s confidence in his ability to “administer over the finances of the nation in the best interest of the public” the motion states.

The motion qualifies to be listed on the Order Paper as of January 12.

It calls for Prime Minister Kamla Persad-Bissessar to have Howai’s appointment as finance minister “revoked forthwith”.

“Whereas First Citizens Bank (FCB) is a state enterprise, in which the government of Trinidad and Tobago has a majority shareholding and has made significant investments to ensure the proper functioning and viability of the bank in its competitive environment,” the motion states.

Approached at the Parliament Chamber on Wednesday, Howai said he did not want to comment on the situation because it is sub judice.

“I don’t want to comment on it now because we are involved in some further discussions on the matter because I have asked my attorneys to deal with the matter, so it is kind of sub judice,” Howai said.

Meanwhile, Howai and local businessman Arthur Lok Jack have issued pre-action protocol letters to the Sunshine newspaper, owned by Warner, over an article written by investigative reporter Azad Ali, in the Sunshine’s issue No 84, dated December 26, 2014.

In her pre-action letter, Howai’s attorney, Lydia Mendonca, said her client “is a person of utmost integrity in both his personal and professional business dealings”, and the article made defamatory statements which are “false in all respects and constitute a libel” against him and “has caused irreparable injury” to him and “had brought him into public odium and disrepute”.

Lok Jack’s attorney, Stephen Singh, noted he was a business man and entrepreneur and over the last ten years, the largest and most prestigious business school in the region carried the name “The Arthur Lok Jack Graduate School of Business”.

Singh, in his pre-action letter, noted the article was published “in a sensational manner” and contained defamatory statements which are false in all respects and made inferences such that Lok Jack was a morally reprehensible person, that he “acted in collusion with Larry Howai to defraud and/or swindle FCB of $470 million” and he “obtained a loan of $470 million fraudulently and/or corruptly and/or improperly” and he “engaged in corrupt and/or fraudulent and/or criminal action by participating in activities resulting in the biggest bank swindle of all times at FCB”.

Both Howai and Lok Jack are seeking from the Warner-owned Sunshine damages and costs.

But both men, as an “alternative to long and costly litigation”, are willing to accept an unqualified apology from the Sunshine newspaper, an undertaking to not repeat the alleged libel and a payment of a sum in damages to demonstrate the falsity of the allegations and to compensate the men for injury to their reputation and distress which the article caused.

Contacted last Saturday, Warner would only say, “We at the Sunshine are not trembling in our shoes and you can print that if you wish.”