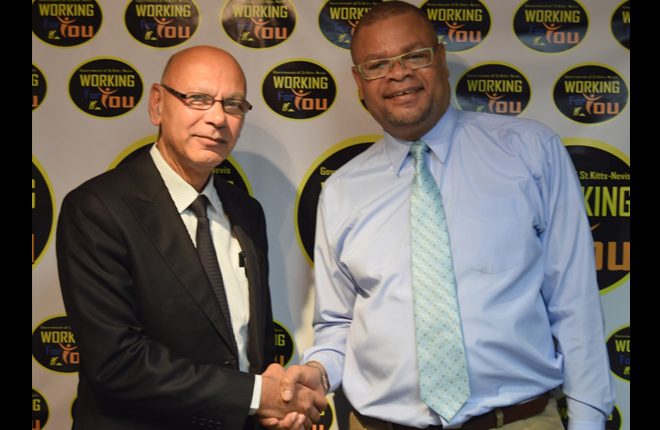 (SKNIS): Chief Executive Officer (CEO) of the St. Kitts and Nevis Citizenship by Investment Unit (CIU), Les Khan, gave some insight into the stringent due diligence process of the CBI programme, implemented after 2015, that has helped to prevent unwanted actors from being accepted.

“Due diligence is an area that we take really seriously and more than any of the other islands. We have instituted additional steps in ensuring that the individual is of good repute,” he said on Wednesday’s (October 04) radio and television programme “Working for You.”

The process begins at the first point of contact between an applicant and an agent. Mr. Khan explained that the certified CBI agent will first run a high level background check on the individual using creditable tools such as those offered by World Check or World Compliance. The provision for an extensive security check was recently instituted for all service providers and agents. Once cleared, the application will then go to a service provider in St. Kitts and Nevis, who will then submit the application and the due diligence report to the CIU.

The CIU will then inspect the files and once it passes the “test of documentation” the information will be forwarded to an international due diligence company. St. Kitts and Nevis engages the services of up to six companies with the main ones being identified as IPSA International (the Canadian subsidiary was recently acquired by Exiger); S-RM, which provides business intelligence, risk management and Cyber Security; Thomson Reuters; and BDO Consulting.

“That due diligence company then takes that information and runs it against the various sanctions lists, social media and other media channels to see if there is a negative [post] in media,” CEO Khan said. The rigid security process continues as the information is then forwarded to an agency which dispatches investigators to discretely confirm the individual’s details including place of residence, occupation, utility (water/electricity) report, educational history, bank statements and the flow of funds, and more. The flow of funds and its origin are scrutinized carefully.

When the investigation process is completed the file is returned to the CIU Unit, which will then conduct another review and submit a recommendation to approve or deny the application.

The process may seem somewhat onerous but Mr. Khan said it is necessary.

“It is very important that the due diligence process is where it is and the vetting process that follows after that,” he noted. “The reputation of our country is of the utmost importance and therefore we have to take every single step to ensure that the individual … that we are granting citizenship to is, who he is, and is someone that we will be proud to have as a citizen.”

St. Kitts and Nevis’ Citizenship by Investment programme is one of the world’s longest running and successful programmes and carries a platinum standard. Mr. Khan said the platinum brand will be protected and the reputation of having the most rigid standards in the Caribbean will be upheld.