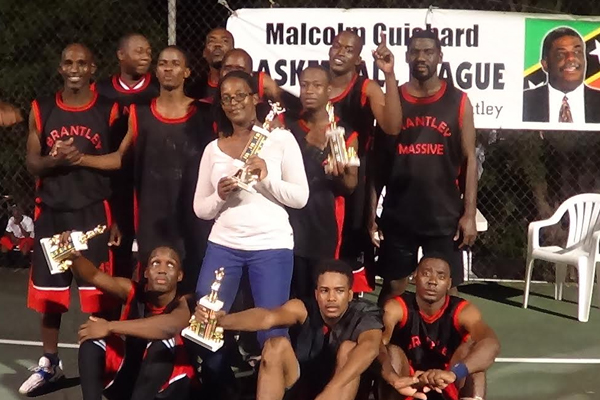 Sports Page — The CG Massives comfortably defeated Dynasty Ballers in the finals of the 2014 edition of the Malcolm Guishard Basketball league.

The match was played at the Church hard court on Saturday 13th December. The first quarter promised much as both teams closed out on a score line of 19-all.

However, from the second quarter onwards, the home team took control of the game and by the final whistle was leading by a comfortable 24 points.

Prior to the grand finals St.James’ Royals faced off with Old School for the third place spot and what a game it was!

The final score tells the tale:

At the end of the grand finals, President of the local Basketball Association, Wanda Parry chaired the brief presentation ceremony.

The following awards were made:

Most points with 164 an average of 27.33 per game of Dynasty Ballers Norris Williams

Most Steals with 29 an average of 5.8 per game of C G Massive Cheslyn Hutton

Most Block Shot with 13 an average of 2.17 per game of Dynasty Ballers 2 Vicario Hendrickson

Miss Parry extended special thanks to the main sponsor of the league, the Hon. Mark Brantley.