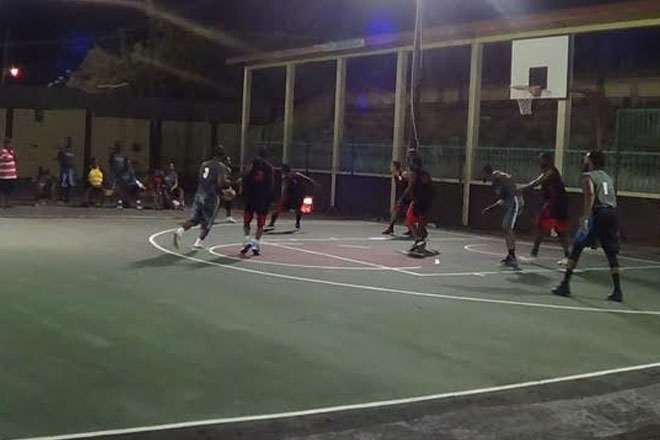 Sports Page — The NEVLEC High Voltage team appeared to be on a roll in the second round of the ongoing NABA league and they had vowed to upset the defending champions CG Rebels.

However, on Wednesday night-June 24th it was the CG Rebels who marched to victory in the final analysis.

The High Voltage players acquitted themselves well but on the night, the experience of the CG Rebels shone through

Meanwhile, in the first match of the evening, it was a tense struggle between Brantley CG Massives and Old Skool, up to the final five minutes of the game. However, the CG Massives pulled away in the last five minutes and held on to a nine points lead at the end.

No games will be played on Saturday June 27th.