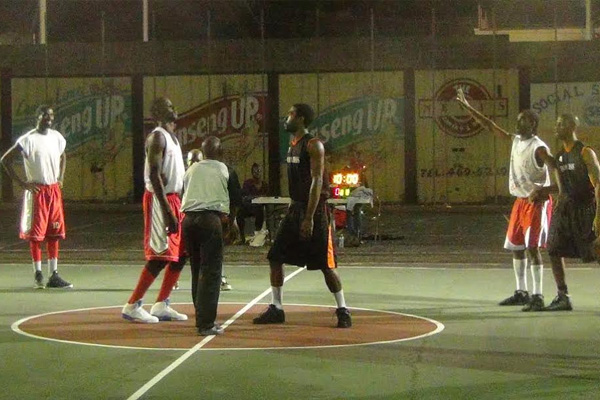 Sports Page— Match three of the best of three Basketball finals on Nevis, was played on the evening of Saturday 5th July at the Grell Hull-Stevens Netball Complex.

It was the deciding game as the defending champions CG Rebels had won one game and Bronx Crisis, one.

The game started at the expected hectic pace with Bronx Crisis holding a 2 point lead at the end of the first quarter.

However, the Bronx Crisis men fell asleep during the second quarter, scoring only 7 points to the CG Rebels 22.

Thereafter, it was pretty much a foregone conclusion.

CG Rebels maintained the lead throughout and deservedly secured championship honours for yet another year.

The most outstanding player of the match was the CG Rebels’ Justin Jeffers who sunk 24 points and also had 24 rebounds as well.

Stats for game three in the finals held July 5th 2014.