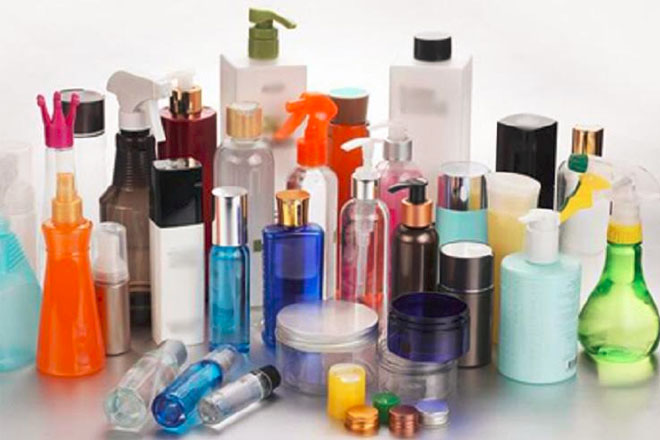 (Caribbean 360) Every time someone showers, shampoos, applies moisturizers or sunscreens, they expose themselves to dozens of controversial, possibly harmful chemicals.

Called parabens, these chemicals may be more dangerous at low doses than previously thought, according to a team of researchers from the University of California Berkeley.

The new study, published in the journal Environmental Health Perspectives, warns consumers that the chemicals can mimic the hormone oestrogen and may increase the risk of cancer.

According to the study’s lead author Dale Leitman, a gynaecologist and molecular biologist at UC Berkeley: “Although parabens are known to mimic the growth effects of oestrogens on breast cancer cells, some consider their effect too weak to cause harm. But this might not be true when parabens are combined with other agents that regulate cell growth.”

Parabens trick the body into thinking they’re actually oestrogen. The more a woman is exposed to oestrogen, whether it’s from taking oestrogen medications, experiencing menopause later in life, or being obese, the greater her risk of breast cancer. The researchers’ concern is that once inside the body, these parabens may become even more potent.

Researchers from UC Berkeley and Silent Spring, an institute that supports studies about chemicals and women’s health, wanted to know what really happens when parabens are present. To find out, they analysed breast cancer cells with two kinds of receptors called oestrogen receptors and human epidermal growth factor receptor (HER2).

About 25 per cent of breast cancers are said to have increased levels of HER2. Tumours with this receptor likely grow and expand more aggressively compared to other breast cancer types.

For the study, the researchers used naturally-developed growth factor heregulin found in breast cells to activate HER2 receptors, while the breast cancer cells are subjected to parabens.

The findings showed that parabens instigated the oestrogen receptors via activating genes that triggered the breast cells to reproduce quickly and the impact was significant.

The parabens were able to cause breast cancer cells to grow in concentrations that are 100 times lower compared to cells that were not subjected to heregulin.

These findings are said to be cause for concern because they mean paraben exposure doesn’t have to be high to lead to cancer growth.