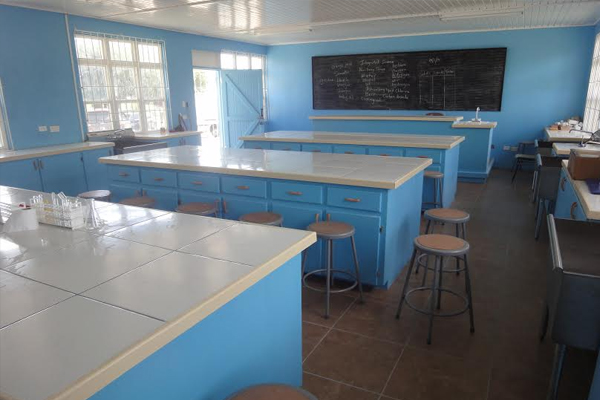 Basseterre, St. Kitts (SKNIS) — Chief Medical Officer (CMO) Dr. Patrick Martin has assured that the Basseterre High School (BHS) is “fit for use by humans” in a statement dated March 03, 2014.

Outlining the sequence of events since the matter was detected in 2012, Dr. Martin noted that the Ministry of Health had taken several actions including bringing in the Caribbean Industrial Research Institute (CARIRI) to assess the situation. He said that CARIRI had presented a report on its findings at the BHS and he was part of a panel headed by Clement Williams that had been charged with the responsibility of reviewing the report.

As such, Dr. Martin emphasized the fitness of BHS after citing that the majority of the corrective work at the BHS had been satisfactorily completed while there were still some minor structural repairs to be carried out on the Eastern Campus of the school.

The Chief Medical Officer published these findings in light of several unfavourable statements about the environment at the Basseterre High School.

In his statement, the CMO said that the parties of the tour noted that on the two campuses of the school, the laboratories (Biology, Physics and Chemistry) had been refurbished along with the male bathroom and the sewers – there were also no identifiable dust, mould or sewer gases.

During an interview with a local media house also on March 03, Dr. Martin further emphasized that corrective measures had been taken.

“So what was happening at the Basseterre High School, and scientific evidence proved this, that there was exposure to excessive levels of dust and mould – once you remove that contaminant source we’re back to normal and that was done by the public works and their contractees.”

As to follow up action, he noted that it was now up to the Ministry of Education.

“To my mind things have been done satisfactorily and it’s up to the Ministry of Education now, whether they want to bring overseas persons to corroborate what local experts can do.”