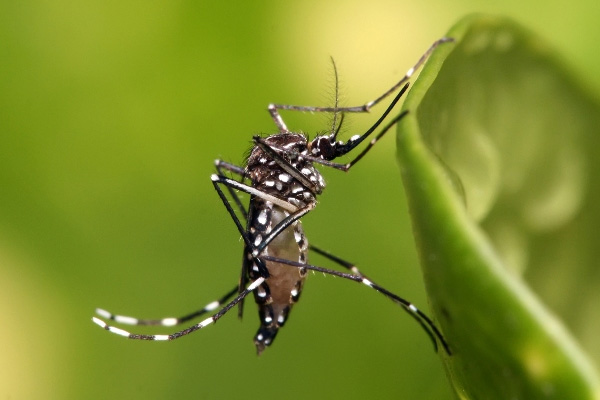 PARIS, France – (AFP) – A candidate vaccine against the joint disease chikungunya, endemic to Africa and south Asia but moving north- and westward, showed promise by provoking an immune response in human trials, its developers said Friday.

The trial drug is made with nanoparticles that resemble a West African strain of the virus, which causes high fever and intensely painful arthritis, said a study in The Lancet medical journal.

These virus-like particles (VLPs) are meant to mimic the immune-stimulating effects of the actual virus particles, but cannot cause disease as they contain no viral DNA.

In tests on rhesus macaques, the vaccine provided protection from infection and its first human tests have now also yielded positive results.

“All injections were well tolerated, with no serious adverse events reported,” wrote the authors of the study conducted in 25 healthy human volunteers from the United States, aged 18 to 50.

“Neutralising antibodies were detected in all dose groups after the second vaccination” out of three, and even the lowest doses were effective.

Antibodies are protective proteins produced by the immune system in response to foreign agents like viruses.

“Eleven months after vaccination, antibody levels were comparable to those seen in people who had recovered after natural chikungunya infection, suggesting that the… vaccine could provide long-term protection against the virus,” said study co-author Julie Ledgerwood of the US-based National Institutes of Health.

“The vaccine also generated antibodies against multiple genotypes of the virus, suggesting that it could be effective against any strains of the virus.”

Europe reported its first locally transmitted case of the mosquito-borne illness in 2007, in Italy.

The disease was first noted in the Western Hemisphere in December, and the United States had its first home-grown case last month.

There is no vaccine to prevent the disease and no medicine to treat it but a number of vaccines are at different stages of testing.

Ledgerwood said a VLP vaccine should be “relatively economical” to produce in large quantities.

But Ann Powers from the US-based Centers for Disease Control and Prevention wrote in a comment: “The market might not be large enough to justify the investment.”

The cost of developing a vaccine, from preclinical studies to registration, was about US$200-$500 million (150-370 million euros), she said.