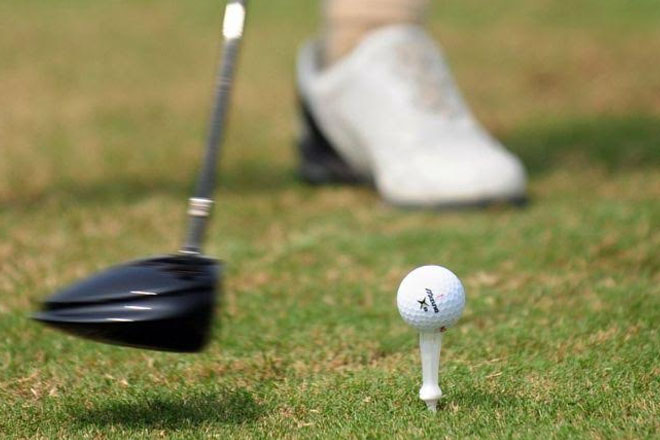 (BBC) – The Chinese Communist Party has banned all 88 million of its members from joining golf clubs, in its latest update of party discipline rules.

The party has in the past warned its officials to refrain from extravagant dinners and purchasing moon cakes using public funds.

China has been conducting a strict anti-corruption drive since 2012.

The new rule on golf states that members are banned from “obtaining, holding or using membership cards for gyms, clubs, golf clubs, or various other types of consumer cards, or entering private clubs”.

If caught, members could either receive a warning or be removed from the party, depending on the severity of the violation.

The new regulations (in Chinese) did not explain why the joining of golf clubs is banned, but such clubs are often seen by the Chinese public as places where officials have cut shady deals.

In September, local media reported that at least 60 employees in state-owned companies were punished for spending public funds on playing golf.

Earlier this month, Lin Chunsong, a vice-mayor in the south-eastern Fujian province, was sacked for belonging to a golf club and playing golf while he should have been at work.

One owner of a golf equipment store in Shanghai, who was only identified by his surname, Huang, told Reuters that his store’s sales had dropped at least 30% last year.

Golf in China was “about the social interaction”, he said. “If a company boss can’t play with a government official, there’s little point in him spending his money.”

Another new rule states that party members cannot “violate official provisions on hospitality management and engage in over-the-top entertaining, or take advantage of opportunities for extravagant eating and drinking”.

The Communist Party has also rephrased a previous clause banning adultery and mistresses, which now says that members are banned from “having improper sexual relations with other people which have bad repercussions”.

The party’s strict rules for officials have in the past affected business for restaurants and luxury goods retailers in China and elsewhere.

He has previously warned of unrest if corruption and perceived privilege within the Communist Party are not tackled.