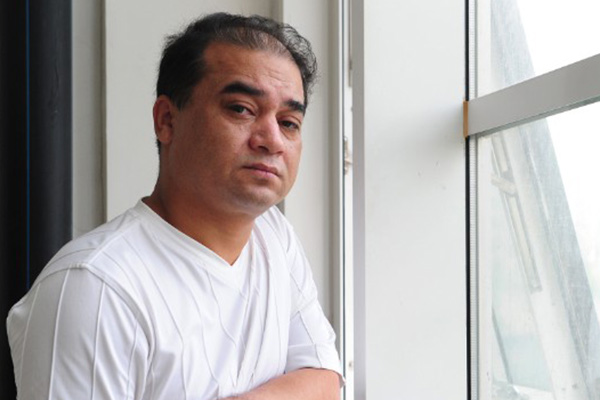 (CNN) — Police have taken into custody a Beijing-based scholar known for his criticism of China’s policies in the restive western region of Xinjiang, his wife told CNN Friday.

Ilham Tohti, a prominent economics professor belonging to the Uyghur ethnic group, was taken by police on Wednesday afternoon, Guzaili Nuer said, adding that she has not heard from police since and has no idea where her husband is.

In a six-hour operation, around 30 policemen raided their home seizing computers, cellphones, a hard disk, bank cards and Tohti’s passport, she said.

The U.S. State Department said Tohti, who has been outspoken in support of human rights for China’s ethnic Uyghur citizens, had been taken into custody along with at least six of his students.

His detention appeared “to be part of a disturbing pattern of arrests and detentions of public interest lawyers, Internet activists, journalists, religious leaders and others who peacefully challenge official Chinese policies and actions,” said Jen Psaki, a State Department spokesperson.

Chinese Ministry of Foreign Affairs spokesman Hong Lei said at a regular briefing on Thursday that Tohti “is suspected of violating the law and committing a crime” and that police have placed him under criminal detention.

Last year saw several outbreaks of violence in Xinjiang, a large, resource-rich region that is home to the Uyghurs, a Turkic-speaking, predominantly Muslim ethnic group.

Chinese authorities have also blamed Uyghurs for a vehicle attack in Beijing’s Tiananmen Square in October that killed five people — including the three in the vehicle — and wounded 40 others.

The arrival in Xinjiang of waves of Han Chinese people over the decades has fueled tensions with the Uyghurs. Chinese authorities have cracked down heavily on violence involving Uyghurs, deepening resentment.