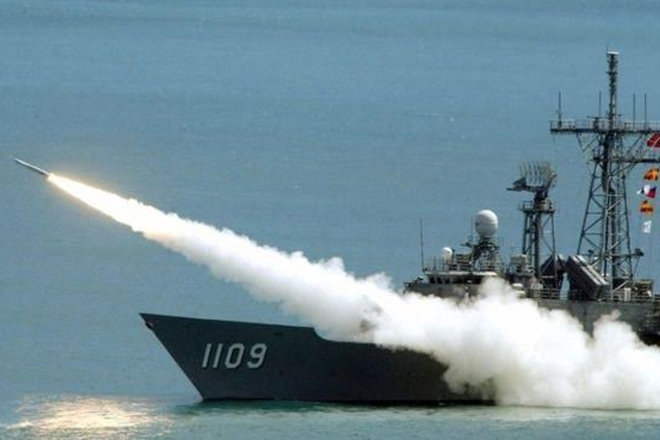 (BBC) China has summoned a senior US envoy in protest after Washington announced it would sell two warships to Taiwan.

The arms deal, worth $1.83bn (£1.22bn), comes as tensions rise over China’sisland-building in the South China Sea.

Taiwan expressed gratitude to Washington for helping with its defence needs.

China views Taiwan as a breakaway province which will one day be reunited with the mainland, though relations have warmed in recent weeks.

Leaders from both countries met last month for the first time since the end of the civil war in 1949.

China maintains a right to use force if Taiwan attempts to gain independence.

The Chinese statement said Mr Zheng had told Ms Lee at the Wednesday meeting that Taiwan “is an inalienable part of China’s territory” and that it “strongly opposes the US arms sale”.

It added that the deal had “severely damaged China’s sovereignty and security interest”, and pledged to sanction the US firms involved in it.

The US said the deal, the first in four years, was consistent with its “long-standing policy on arms sales to Taiwan”.

Relations between the US and China are frayed over China’s construction of artificial islands in the disputed South China Sea.

Two decommissioned US Navy frigates, anti-tank missiles, amphibious assault vehicles, as well as surface-to-air missiles and other equipment are all included in the deal.

It will be approved in 30 days, unless Congress objects. That is thought unlikely, as there has been growing concern in the US about Taiwan’s ability to defend itself from China’s military might.

State department spokesman John Kirby said the sale was consistent with the 1979 Taiwan Relations Act, which requires the US to provide Taiwan with sufficient weaponry to defend itself, even though the US does not recognise Taiwan as a state independent of China.

The move did not need to have a negative effect on US-Chinese relations, he said, adding:”We still want to work to establish a better, more transparent, more effective relationship with China in the region.”