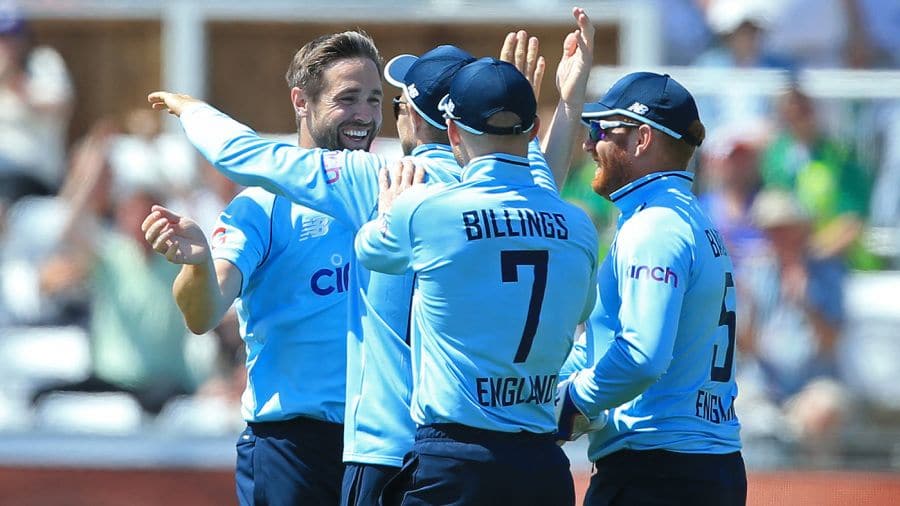 It’s not as if this profoundly depleted Sri Lanka side did not have their moments.

During the 99-run fourth-wicket stand between Kusal Perera and Wanindu Hasaranga, a creditable total seemed possible.

When the seamers, led by Dushmantha Chameera, claimed four England wickets for 26 runs, leaving the opposition 80 for 4 (it would have been 80 for 5 if Perera had held on to dismiss Moeen Ali first ball, off Chameera), there was the slim possibility of making the run-chase difficult for England.

But because the remainder of the game went roughly as expected, England’s victory was straightforward, ultimately. Sri Lanka lost 3 for 45 at the top of their innings, then their last seven for 40, making an eventual 185 that was miles from being sufficient.

England’s new-ball bowlers had set the match up – Chris Woakes particularly disciplined and skillful as he claimed 4 for 18 from his 10 overs. Then Jonny Bairstow blasted a 21-ball 43, and Joe Root nurdled his way to the game’s top score of 79 not out, Moeen keeping him company through most of it. England had bowled Sri Lanka out inside 43 overs. They surpassed their score inside 35 overs, with five wickets to spare.