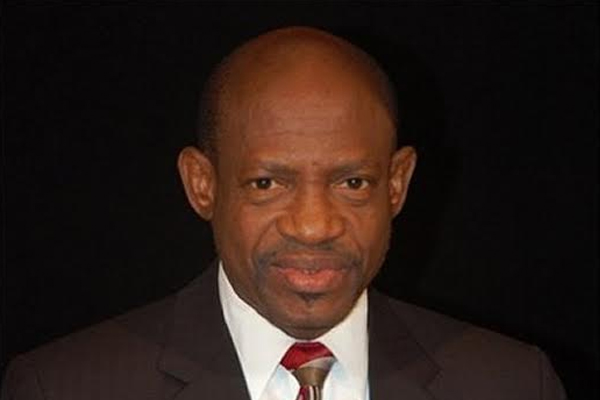 Citizenship by Investment Programme restructured over the years

Basseterre, St. Kitts, (CUOPM) — St. Kitts and Nevis’ Prime Minister the Rt. Hon. Dr. Denzil L. Douglas has been outlining some of the changes made by his St. Kitts-Nevis Labour Party administration to the Citizenship by Investment Programme since it took office in July 1995.

The changes include allowing more lawyers in the Federation to participate as service providers, establishing the Sugar Industry Diversification Foundation (SIDF) and increasing the value of investment in property.

Speaking at the first in the series of “Conversation for Progress” meetings, Prime Minister Douglas noted that when the programme was first established by the PAM Administration “it was specifically design to benefit financially, only those who owned the real estate that they wanted to sell the foreign citizens and also it was design to benefit one private lawyer (Dr. William V. Herbert Jr.) who was of great influence within the then Government that was led by Dr. Kennedy Simmonds.”

“In fact, I emphasize that there was no Citizenship by Investment Unit. There was no Processing Unit as we have established today. There was only a private law office which handled all of the processing of applications and they were not held in any Government office. In fact let me take us back in 1995. We did not find any files in the Government offices and we could not get into the private office of that private law firm and so we were basically at a lost, except what the Treasury held which were those who had invested in bonds for ten (10) years,” Dr. Douglas said.

Dr. Douglas said it was important to emphasize where the programme was in 1995 and where it is now in restructuring the Citizenship by Investment Programme.

“Firstly, that all lawyers not just one, all lawyers in St. Kitts and Nevis who wanted to participate in the programme would participate. Secondly, we wanted to make sure that all financial service providers, accountants, etc, would also be part of the group of persons processing applications for citizenship. We abandoned in particular the investment in bonds because we were being advised then, that this was one of the vehicles through which money laundering was taking place in our country and remember that we had attracted the description of ‘Devil’s Island’ during that period of the PAM Administration, so we had to change that,” said Prime Minister.

“We also made sure that our new citizens who were being invited to invest in our country and being given citizenship, that they were not only asked to invest in real estate, but we created back in 2006, the new option of investing in the Sugar Industry Diversification Foundation (SIDF), which we did because we wanted to make sure that as we transition out of sugar on the closing of the Sugar Industry in 2005; that we would have had capital, enough money to do a number of things such as provide new opportunities for training for our people, to fund new projects, to ensure that we would develop and finance interest in businesses, we would also have the opportunities to finance individuals and Government agencies all throughout the entire Federation of St. Kitts and Nevis,” the St. Kitts and Nevis leader said.

He pointed out that on September 15th 2011, the programme was revisited when a number of regulations were amended to emphasize that it was an investment programme.

“This was not any programme of selling passports, this was a programme of investment and after successfully investing and doing the due diligence checks and persons were found to be clean, then we invited them to become citizens. Citizenship was not automatic. You invested, you were proven to be clean and then you were invited to become a citizen of St. Kitts and Nevis. We also during 2011 in revisiting and amending the regulations increased the investment amount. We realized that the value of property has increased dramatically and so we moved from US$200,000 for investment to where it is today which is now US$400,000.

We increased as well the amount that you would invest in the Sugar Industry Diversification Foundation and we also increased the fees which the government was charging for processing the applications of those who wanted to invest in our country through the Citizenship by Investment Programme. We also wanted to make sure in 2011, that we would make the programme much more robust as we wanted to preserve the integrity of the programme so that it would not just be another programme involving immigration and investment like what we have in Canada, in the United States of America, in England, in several countries in Europe, and in Asia. We wanted it to be the top programme around the world and we were succeeding in doing that.”