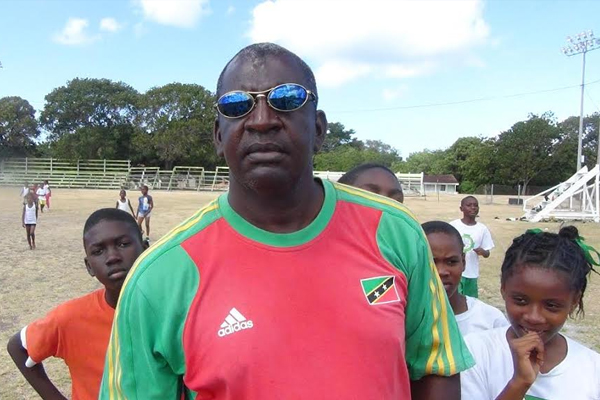 Sports Page — Instead of focusing on the chances of his athletes at the upcoming Inter Primary sports meet set for April 2nd Coach of the joint champions school, the St.Thomas’ Primary school, Eddy Caines, seemed more bent on sending a message.

He used the opportunity to appeal to Premier Vance Amory; Hon. Mark Brantley and Hon Alexis Jeffers for a 300 meter track at the St.Thomas’ Primary School.

According to him, every time his athletes have to travel to the ET Willet Park, there is a cost factor involved, while ‘the big bad wolf’ could just walk it across and practise two and three times per day,’ said an obviously irate Caines.

Sports master at the school, Mr. Rohan Isles was a lot more accommodating and indicated that the athletes were working overtime in preparation for the big event.

He state that this time around, his school would not be settling for a joint champion arrangement but will be clear winners this year.

Two of the top athletes when interviewed, echoed similar sentiments.