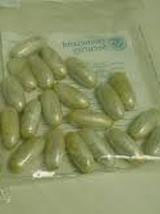 (Antigua Observer) The United States Customs and Border Protection (CBP) agency says cocaine found in fried fish on a flight from Jamaica was among its top seizures in 2015.

In a report on Wednesday, CBP said on June 15, its Office of Field Operations (OFO) officers at Miami International Airport seized over two pounds of cocaine concealed inside fried fish that was carried in the luggage of a passenger arriving from Jamaica.

During an X-ray examination of the passenger’s luggage, the officers at the airport noticed “anomalies” in some of the fish.

On further examination, the officers observed that the bellies of some of the fish were sewn together and certain fish felt thicker than the rest.

The OFO officers discovered about 2.3 pounds of cocaine and subsequently seized the illicit substance.

CBP said the compiled list of top 10 seizures for 2015 “illustrates the important role CBP’s officers and agents play in protecting the nation against threats to communities across the country, as well as enforcing the nation’s immigration laws.”

CBP said the seizures represented “demonstrate the various ways transnational criminal organizations try to smuggle narcotics and people into the country on the border or at a port of entry; agricultural threats found among thousands of meat, plant materials or animal products processed daily; and the efforts of CBP with other law enforcement agencies to stop drug trafficking in the transit zones around Central America.”