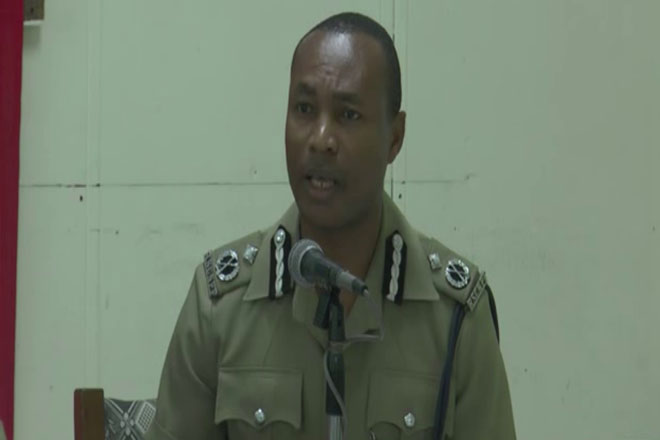 Conference of Caribbean Commissioners of Police to boost Community Policing

The conference will be held under the theme “Community Policing – Delivering Quality Policing Service”.

Discussions will centre on determining ways of strengthening ties between the community and the police.

During a press briefing on Thursday afternoon, Assistant Commissioner of Police with responsibility for Crime, Ian Queeley said as part of the event, specific workshops will involve various community groups.

“All of the workshops are designed to build capacity within the organization but some of those workshops will be open to persons within the wider community so they can have the benefit of interacting with the facilitators and the police officers so that we can hear their concerns,” Queeley stated.

Assistant Commissioner of Police responsible for Operations, Vaughan Henderson said getting community groups involved in this conference creates a solid foundation upon which to build community policing practices to reduce crime.

He said, “Coming out of this conference, we’re hoping that all of the stakeholders involved, all of the civic minded individuals, all of the community groups, all of the ideas from the regional counterparts will come together in a tangible way and out of those ideas we will strengthen our local and domestic initiatives in terms of working with Operation Future and our corporate coalition partners to bring forth some tangible deliverables in the fight against crime in St. Kitts and Nevis.”

The goal of the 30th Association of Caribbean Commissioners of Police Conference is to strengthen regional cooperation in the suppression of criminal activity through the exchange of information and the adoption of best practices for implementation throughout the region.