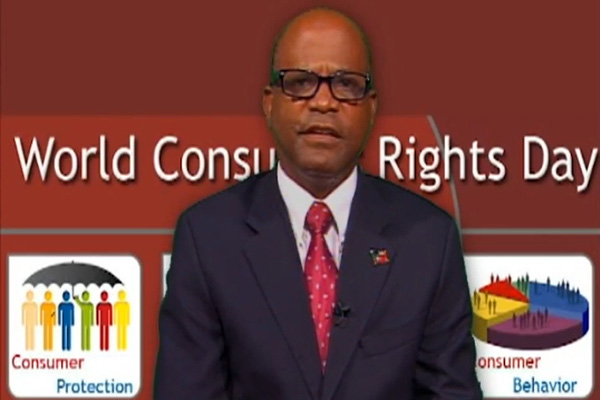 This year the week focuses on the theme “Helping Consumers Choose Healthy Diets”.

Minister of Consumer Affairs, the Hon. Lindsay Grant launched the week with a televised address.

“Unhealthy diets are a major cause of heart disease, diabetes and some forms of cancer, which are on the rise especially in low and middle-income countries. These preventable diseases come at an astronomical cost to human life, people’s livelihoods, the health service sector and jeopardize our sustained development through the loss of vital human capital,” he said.

He said the theme is timely as our lifestyle and eating habits have been influenced by the United States.

“This food has thus found its way into our diets and over consumption of certain products has resulted in the rise of non-communicable diseases in the Federation with many of our citizens becoming ill and dying by these diseases,” he said.

To improve healthy eating habits the Ministry of Consumer Affairs suggests buying fresh fruits and vegetables instead of salty and sugary packaged foods to eat as snacks, buying meat from local farmers, and replacing fatty desserts with healthier alternatives.