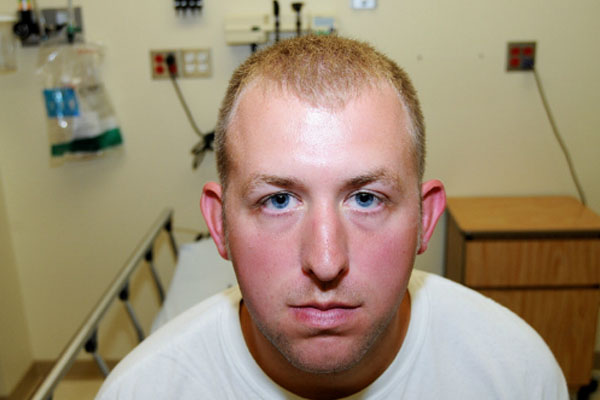 Ferguson, Missouri (AFP) — The white policeman who shot dead an unarmed black teenager in the St Louis suburb of Ferguson has resigned, but it failed to deter angry protesters demanding justice and reform.

Darren Wilson left the force citing fears for the safety of local residents and fellow police officers, according to a letter published by local media Saturday. Wilson wrote in his letter that “it is my hope that my resignation will allow the community to heal.”

A grand jury decision on Monday not to charge Wilson in connection with the August 9 shooting death of 18-year-old Michael Brown touched off days of sporadic violence in Ferguson as well as demonstrations in several major cities across the United States.

“It was my hope to continue in police work, but the safety of other police officers and the community are of paramount importance to me,” the letter from the 28-year-old Wilson said.

Dozens of demonstrators again gathered outside Ferguson police station despite his decision to quit, with protesters setting fire to a US flag and jeering at police officers.

There was also a brief standoff outside a bar between demonstrators and riot police before organizers moved protesters along.