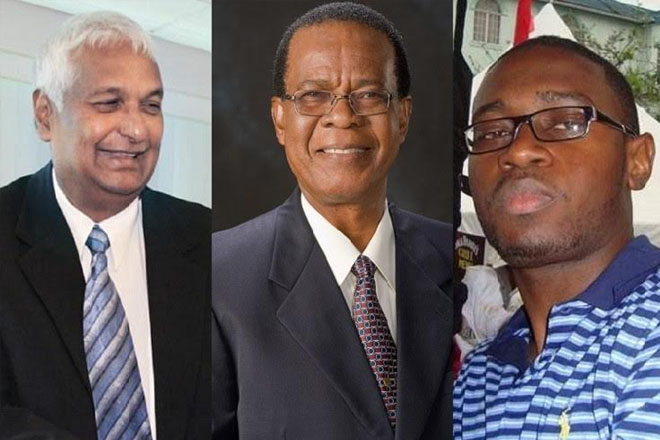 Port of Spain, Trinidad — Foreign Affairs Minister Winston Dookeran and Labour Minister Errol McLeod will receive the country’s highest award, the Order of the Republic of Trinidad and Tobago, as the twin-island republic marks its 53rd anniversary of Independence today.

Police Constable Sherman Maynard, who was fatally shot when inmates Allan “Scanny” Martin, Christopher “Monster” Selby and Hassan Atwell broke out of the Port of Spain Prison last month, will also be posthumously honoured with the Humming Bird Medal (Bronze) for loyal and devoted service to Trinidad and Tobago.

The three were among 33 named to receive honours at this evening’s Independence Day award ceremony.

Dookeran, founder and former leader of the Congress of the People (COP) which is part of the ruling People’s Partnership alliance, will receive his award for distinguished contributions in economics.

Dookeran, who earlier this year announced that he was stepping down from active politics, was an economics lecturer for 15 years at the University of the West Indies, served as a senior economist at the United Nations Economic Commission for Latin America and the Caribbean, was a member of the executive board of the Inter-American Development Bank, and was also the governor of the Central Bank of Trinidad and Tobago and the Caribbean Development Bank.

McLeod, who led the Oilfield Workers Trade Union for about 20 years, will receive his award for outstanding service in trade unionism and industrial relations.

He was a founding member of the United Labour Front and political leader of the Movement for Social Justice.

The Order of the Republic of Trinidad and Tobago

Medal for the Development of Women (Gold)