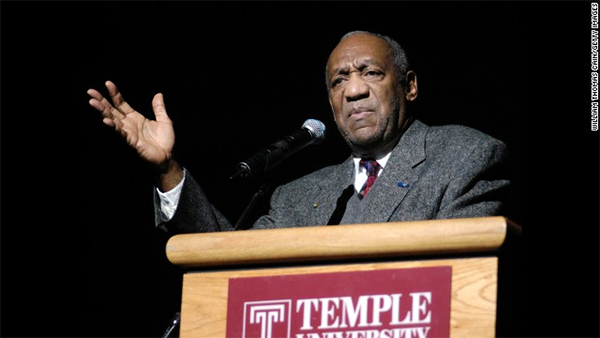 Los Angeles, United States (AFP) — US prosecutors said Tuesday they will not charge veteran comedian Bill Cosby over allegations that he sexually assaulted a 15-year-old girl at the Playboy Mansion in 1974.

About 20 women have accused the 77-year-old Emmy and Golden Globe winner of sexual assault or rape in alleged incidents dating mostly from decades ago, but so far only former Playboy hostess Judy Huth has taken legal action.

Prosecutors cited the statute of limitations — which limits how long legal action can be taken after an alleged crime — in declining to pursue the case brought by Huth earlier this month.

“Given that 40 years have passed since the alleged incident, prosecution (on a misdemeanor count)… is declined due to the expiration of the statute of limitations,” wrote Deputy District Attorney Victor Rodriguez.

“Even if there was an applicable…charge, the statute of limitations that existed in 1974 for felony sex crimes was three years. Therefore prosecution today for any potential felony sex crime from 1974 would also be barred.”

Celebrity lawyer Gloria Allred, representing Huth, did not immediately respond to a request for reaction to the prosecutor’s decision.

Cosby is famous for his role in “The Cosby Show,” a popular family sitcom that aired in the 1980s and 1990s.

In her lawsuit, Huth said she and a friend met Cosby on the set of a film being shot in San Marino, northeast of downtown LA.

The actor invited them to his tennis club the following Saturday. When they got there he allegedly gave them alcohol, they played billiards, then they went to the Playboy Mansion, Hugh Hefner’s infamous home near Beverly Hills.

At one point she needed to use the bathroom, and Cosby directed her to a lavatory within a bedroom suite.

“When (Huth) emerged from the bathroom, she found Cosby sitting on the bed. He asked her to sit beside him,” said the lawsuit, which detailed the sex assault accusations against Cosby.

On Monday Cosby’s wife lashed out at media reporting on the claims against her husband, saying he was the victim of unfounded accusations and was “a wonderful husband.”

Camille Cosby compared the coverage of her husband to last week’s Rolling Stone story about alleged rape at the University of Virginia, for which the magazine later apologized.

“There appears to be no vetting of my husband’s accusers before stories are published or aired. An accusation is published, and immediately goes viral,” wife Camille said in a statement widely cited by US media.

She referred to Rolling Stone, which last week all but retracted a story about a gang rape, saying it was wrong to have trusted without question the alleged victim’s version of what happened.

“The story was heartbreaking, but ultimately appears to be proved to be untrue,” she said, adding: “None of us will ever want to be in the position of attacking a victim. But the question should be asked — who is the victim?”