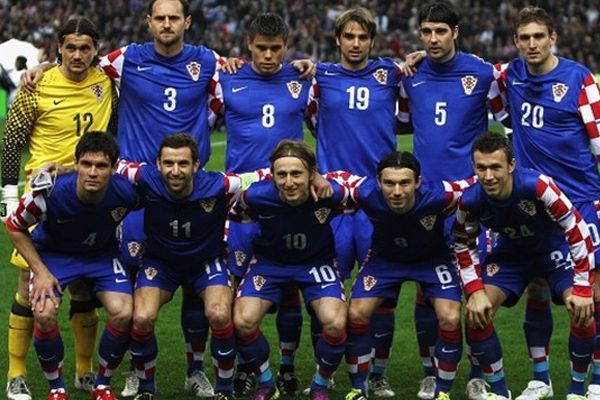 Sports Page — Croatia vowed on Wednesday to try to create a “miracle” when they take on mighty Brazil in the 2014 FIFA World Cup™ opener, refusing to adopt a negative approach against the star-studded home side.

Captain Darijo Srna, speaking a day before the clash in Sao Paulo, said he could not make promises about how the team would perform in the tournament but pledged they would give 100 per cent.

The side, ranked 18th in the world, are led by experienced stars such as Real Madrid midfield star Luka Modric and Bayern Munich striker Mario Mandzukic, who misses the opening match though suspension.

Srna said the prospect of coming up against the favourites and their talisman Neymar at the Corinthians Arena was causing him some concern, joking that he might lock the forward in his hotel room as a last resort.

“I’m not sleeping that well. We are playing the best footballers on the planet,” he said. But he added: “We, little Croatia, will try to create a miracle.”

Coach Niko Kovac said he was not losing sleep about the prospect of Neymar wreaking havoc for the five-times world champions, insisting he had had months to prepare for the task.

“Brazil is not just Neymar. There are many other good players in the Brazil side,” he said. “We will try everything to surprise them, to create an upset, to create a positive result,” added the coach, who said his side, who like to play possession football, were capable of a “historic result”.

“We are not going to park the bus tomorrow,” he said. “We are going to attack. We are going to seek our chances because Brazil are so strong that if you want success against them you have to score.”

The Group A rivals also met in the first round of the World Cup in 2006 in Germany, with Brazil edging the match 1-0. The other teams in their group in Brazil are Cameroon and Mexico.

Injured midfielder Ivan Mocinic, 21, is the fourth player from the Croat squad to be forced to drop out because of injury with Milan Badelj taking his place.

Croatia’s best performance at a World Cup was reaching the 1998 semi-finals, but they failed to qualify in 2010.