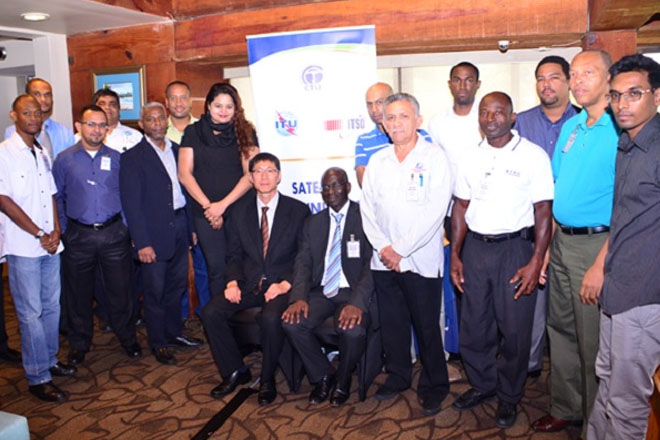 Port-of-Spain, Trinidad — An international workshop on satellite communications recently hosted by the Caribbean Telecommunications Union (CTU) will strengthen the region’s ability to stay connected to the rest of the world after an extreme weather event or natural disaster.

Communication links are vital in such rescue and relief operations, and satellite technology, with its wide coverage and rapid deployment, is ideally suited for response to emergency communications needs. By enhancing their capacity in satellite communications, Caribbean nations are becoming better positioned to remain in communication with the outside world, even in the face of devastating natural events.

The three organisations formalised their collaboration after a partnership agreement was signed by CTU secretary general Bernadette Lewis and ITSO director general Jose Toscano in February 2015. The agreement paved the way for the ITSO to work with the CTU to deliver satellite communications training and training resources to CTU’s diverse membership, which includes CARICOM and non-CARICOM states, private sector organisations, industry regulators and non-governmental agencies.

The CTU and the ITSO also signed a letter of intent with the ITU to enable the region to develop satellite technology systems and services as an emergency communications tool.

“The CTU remains committed to working with multiple stakeholders in order to develop the region’s ICT capacity. We were pleased to work with the ITSO and the ITU, and we continue to look forward to relevant projects in the provision of satellite communications capacity and emergency communications,” said acting CTU secretary general Nigel Cassimire.

The workshop, which was held in Port-of-Spain, Trinidad from September 14th to 18th, drew participants from seven Caribbean countries. About 20 telecommunications professionals took part and gained deeper understanding of how broadband satellite systems and services work.