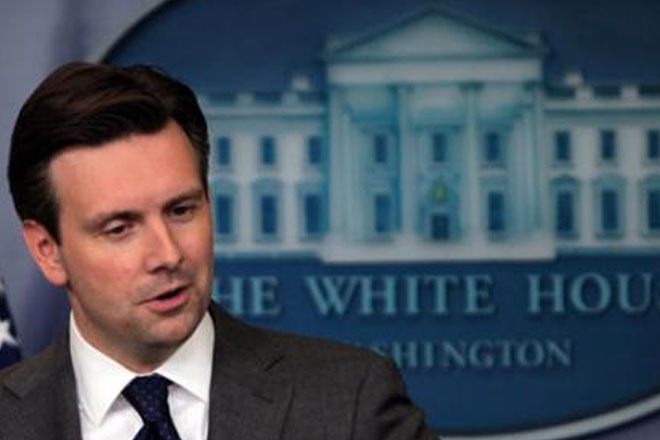 “I know a visit to Cuba would give him great pleasure and especially Havana,” Earnest told Cuban television journalist Cristina Escobar in the last question granted by the official, after Oliver Knox, accredited correspondent for Yahoo News, highlighted the presence of the island’s press delegation in Washington to cover the third round of negotiations between the two countries.

The spokesman welcomed the press group to Washington, something unprecedented in recent decades at the headquarters of the executive.

In his regular meeting with dozens of reporters at the White House, the spokesman commented some issues of the bilateral dialogue process.

Earnest assured in relation to the talks that the president declared in December, when changes toward Cuba were announced, his intention to work with the Cuban government to open a US embassy on the island and in the United States.

“This is the intention,” he pointed out.

He said that the rapprochement between the two nations would benefit his country from the commercial point of view since business opportunities could increase.

Julia Sweig, former director for Latin American Studies at the Council on Foreign Relations, a US think tank, told reporters that the change in policy toward the island is one of the five most successful initiatives developed by Obama in his two terms and will contribute to his legacy in international affairs.

US public opinion, even in Florida, has changed in favour of improved relations between the United States and Cuba.