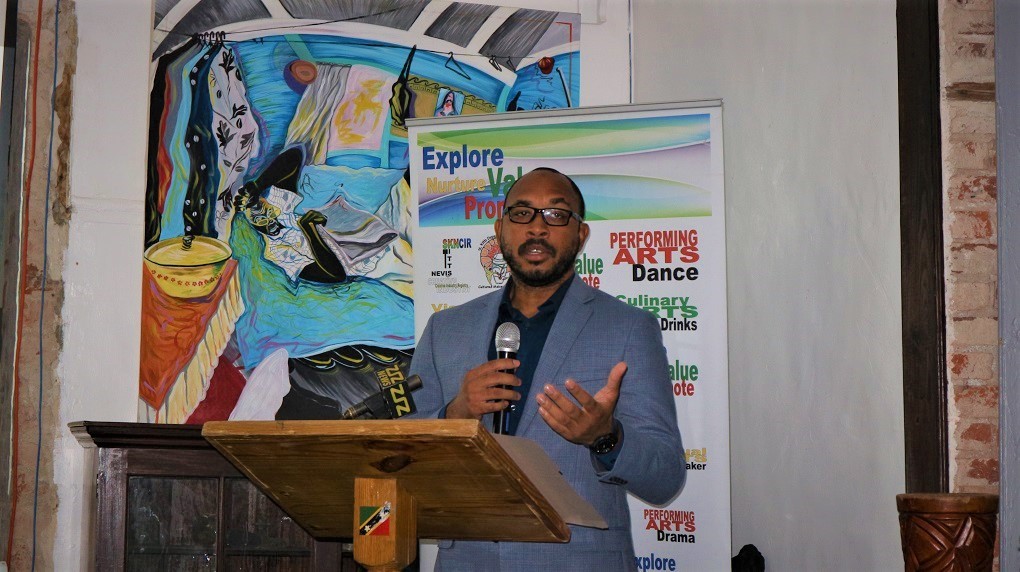 According to the Text of the Convention for the Safeguarding of the Intangible Cultural Heritage, intangible cultural heritage’ means “the practices, representations, expressions, knowledge, skills – as well as the instruments, objects, artifacts and cultural spaces associated therewith – that communities, groups and, in some cases, individuals recognize as part of their cultural heritage.”

“This intangible cultural heritage, transmitted from generation to generation, is constantly recreated by communities and groups in response to their environment, their interaction with nature and their history, and provides them with a sense of identity and continuity, thus promoting respect for cultural diversity and human creativity,” the text stated.

Minister Powell noted that throughout the Federation, there is evidence of mingling and intertwining of various cultures and traditions not only with our Caribbean neighbours like Guyana, the Dominican Republic, and Jamaica but from international cultures like the Chinese and the Indians.

“These non-nationals practice their culture, adhere to their principles and traditions and all aspects of their living,” he said. “In this paradigm, it becomes critically important for us to not only be aware of our own culture and heritage, but for us to continue to live it, practice it, preserve it, and indeed pass it down from generation to generation.”

He added, “If we do not do this, our cultural identity and uniqueness would not only be diluted, but it would gradually become obsolete.”

The Minister said that as fragile as intangible cultural heritage is in the face of growing Globalization it is an important factor in maintaining cultural diversity.

The Minister of Culture said that an understanding of the ICH in different communities across the Federation helps with intercultural dialogue and encourages mutual respect for other ways of life and living.

“That is why the last two years or so we have had teams, some 14 of them, going out into the communities to do research and to interview you the man of Phillip’s Village, the woman in Butler’s, to gain much insight,” he said.

In 2018, St. Kitts and Nevis was the first country in the English Speaking CARICOM to have successfully applied for the project.

Minister Powell has pledged the Federal Government’s support to the continuity and longevity of the Secretariat that has been established within the Department of Culture to carry out the project.