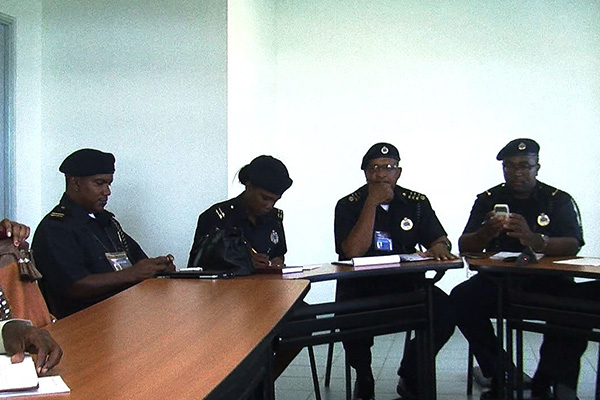 (ZIZ)–The Customs and Excise Department is clamping down on the illegal importation of controlled medication including antibiotics and other prescribed drugs.

During a press briefing on Tuesday 26th November 2013 Acting Deputy Comptroller of Customs Kennedy De Silva said throughout the region persons are trying to smuggle in prescription painkillers and antibiotics.

“There’s a growing trend in the region as it pertains to medicaments being smuggled,” he said “There’s a lot of fake drugs that are also floating about. It’s a trend growing in the northern Caribbean and it’s only a matter of time before it reaches us and we’re trying to kill it before it starts.”

The Ministry Of Health is working with customs on this initiative and Chief Medical Officer Dr Patrick Martin said medicines are chemical substances. Hence, they are under national and international scrutiny.

“Medicines are addictive…some are…and some medicines because they are addictive, if you are intercepted with a certain amount you will face questions in relation to your being a trafficker,” he said.

The officials say persons require a license to import antibiotics, and when entering St. Kitts you need to list any pharmaceuticals you are bringing in on the customs declaration form.