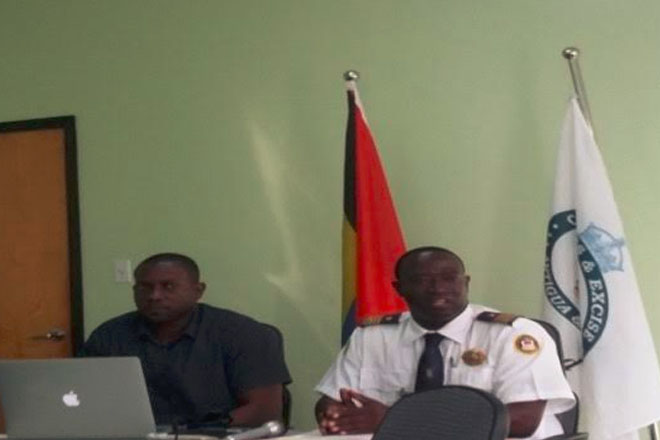 Customs revenue up by $20 million

(Antigua Observer) St. Johns, Antigua – The revenue intake at the Customs & Excise Division has continued to increase, with the department reporting a massive increase in collections for the period up to October 2015.

The Customs official attributes the success to new collections measure that has been implemented at the Antigua Port Authority.

He said the authorities are seeking to put everyone on a level playing field.

Additional staff has also been recruited to assist in the on-going process.

“In 2014, 17 Customs officers were recruited along with Customs guards and 17 Customs officers in 2015. So we are well on our way to having the manpower we need to handle the Christmas Barrel and other programmes that fall under our belt,” Baltimore said.

The most recent changes at the port were made almost three weeks ago when the authorities sought to enforce a requirement for courier services operators.

People operating such services now have to present an invoice and a bill of sale for every item being cleared at the port.

This has resulted in a serious backlog of items which are yet to be cleared.

Residents have expressed fear that the backlog will create further problems for people collecting barrels under the Christmas Barrel Initiative, which starts today.

However, the Customs official said two separate systems are in place at the port to deal with the Christmas barrels and regular clearance of goods.