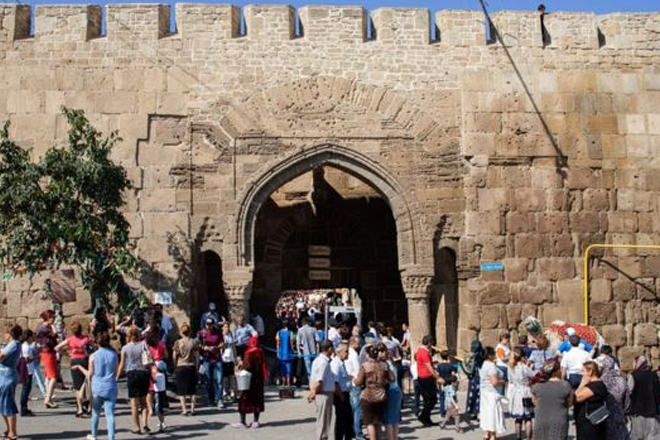 (BBC) Gunmen have shot and killed one person and wounded 11 others at the Derbent citadel in Dagestan, a Unesco World Heritage site in the North Caucasus.

The tourists were attacked on Tuesday night outside the fortress in Derbent, one of Russia’s most ancient towns.

Five of the injured were in a serious condition in hospital, local health workers said.

Dagestan has been battling Islamist militants for years – partly a result of separatism in neighbouring Chechnya.

It is not yet clear who opened fire on the tourists in Derbent, as the gunmen fled the scene.

The ancient city of Derbent is considered a historical treasure and was listed by Unesco in 2003. It celebrated its 2000th anniversary this year.

The stone Naryn-Kala fortress formed part of the northern defences of the Sasanian Persian Empire and was used by succeeding rulers for 15 centuries, Unesco says.

Although the British Foreign Office advises against all travel to Dagestan, Russia’s federal tourism agency invites visitors to explore Derbent’s narrow streets or soak in the mineral waters around Makhachkala, the capital city.