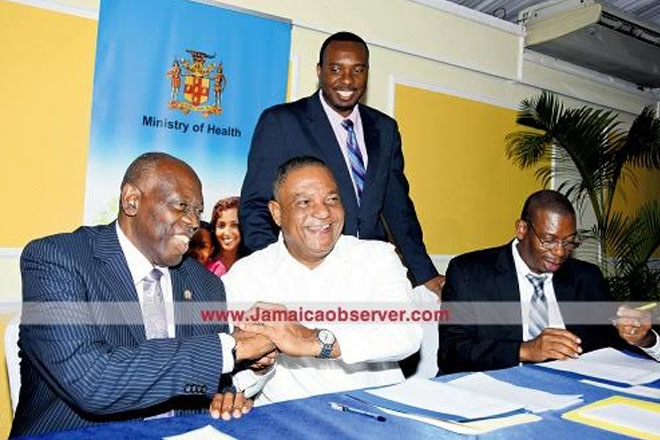 Dalley to meet with mothers of dead babies tomorrow

(Jamaica Observer) Kingston, Jamaica – Newly appointed Health Minister Horace Dally says that he will be meeting with the mothers of the 19 babies who died from health care-associated infections at the University Hospital of the West Indies and Cornwall Regional Hospital tomorrow, to offer his condolences.

“I’m meeting with them and I am not doing it because of any ploy. I am doing it because I feel their pain,” Dalley told journalists yesterday during a contract signing for a 10-year development plan for the health sector. The signing took place at the Terra Nova All-Suite Hotel in St Andrew.

“I have to console and express my sympathies and my regrets,” he added, noting that his team had been trying to locate the mothers to facilitate the meeting. He said that a pastor will be on hand to pray with the grieving mothers.

The death of the babies, which occured between July and October, incited public emotion with calls for then health minister, Dr Fenton Ferguson, and his aides to be sacked.

Bowing to intense pressure, Prime Minister Portia Simpson Miller in a national broadcast on Sunday night announced that Ferguson would be relieved of his duties at the health ministry and reassigned to the labour ministry. However, many still believe that the prime minister’s action did not go far enough.

Meanwhile, yesterday’s contract signing was between the Government and the Inter-American Development Bank (IDB). Under the agreement, the IDB will provide a grant of US$250,000 to prepare the plan, which is to be completed within six months.

Minister Dalley said the aim of the plan is to strengthen the strategic development planning process of the health sector, focusing mainly on the continued roll-out of the Primary Healthcare Renewal Programme and Non-Communicable Diseases as part of an integrated health service delivery.

“This includes a reconfiguration of the clinical network of providers in order to improve clinical management and use of resource and to ensure that all points of entry into the health-care system are prepared to offer the basic package of primary health-care services,” he emphasised.

An oversight steering committee will be set up to ensure that the plan is developed based on scientific evidence and in a non-partisan manner, Dally said.

He said although Government is undertaking programmes to improve health care delivery, the health demographic had changed but there is no plan to guide the sector’s development.

“When you look at Spanish Town and Kingston, so much population growth has taken place, but you still have the same Kingston Public Hospital, the same University Hospital and Spanish Town Hospital, so we are under pressure,” he said, noting that he would be advocating for the construction of more comprehensive health centres.

Meanwhile, director of the Planning Institute of Jamaica Colin Bullock welcomed the plan and thanked the IDB for its partnership and support of national development in Jamaica.

“Health is paramount in the empowerment of Jamaicans to achieve their fullest potential as espoused in Vision 2030 …A healthy and stable population can only be achieved through a strong health system which delivers quality services to all people, when and where they need them,” Bullock said.