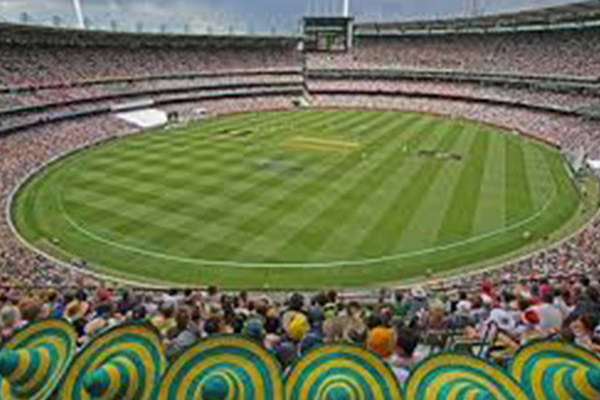 A world record cricket crowd has turned out for the opening day of the fourth Ashes Test at the Melbourne Cricket Ground.

At stumps on day one, the official attendance was 91,092, surpassing the previous record mark of 90,800.

“Throughout the years, the Boxing Day Test has developed a privileged place in the Australian conscience; it’s become a landmark event. We don’t take that for granted. We thank and congratulate the cricket loving public of Melbourne and the Melbourne Cricket Club for creating something special.

“In years to come Melburnians will remember Boxing Day 2013 as the day their city created sporting history.”

That previous world record attendance for a cricket match was also set at the MCG, on February 11, 1961, for the second day of the fifth Test against West Indies during the classic 1960-61 series.

The opening match of that five-game series was the famous tied Test in Brisbane. Australia won the second match and the visitors had a decisive victory in the third, before the penultimate Test ended in a draw.

Consequently, after an enthralling contest throughout the summer, the series was all square when the teams landed in Melbourne for the final Test.

West Indies were sent in to bat by Australia captain Richie Benaud on the opening day and, early on day two, were all out for 292.

The record crowd of 90,800 were then treated to a 146-run opening stand by Colin McDonald and Bob Simpson, before West Indian legends Sir Garry Sobers and Lance Gibbs tore through the Australian line-up, taking nine first-innings wickets between them.

Australia would fight back to win a fascinating contest by just two wickets on day five, taking one of the great Test series 2-1.

The West Indies’ visit to the MCG for the 1975-76 tour produced the fourth-highest crowd for a cricket match, but all other places in the top 10 at the ground on the highest attendance table have featured England.

In 2006, with Australia 3-0 up in the Ashes , 89,155 fans packed into the ground to watch Australia march on towards a series whitewash and witness history, as Shane Warne took his 700th Test wicket.

The following day, a crowd of 75,770 returned to enjoy Matthew Hayden and Andrew Symonds run riot with the bat.

The 1936-37 Ashes series drew three of the biggest crowds seen for a cricket match at the MCG, as Don Bradman led Australia to a 3-2 victory over England.