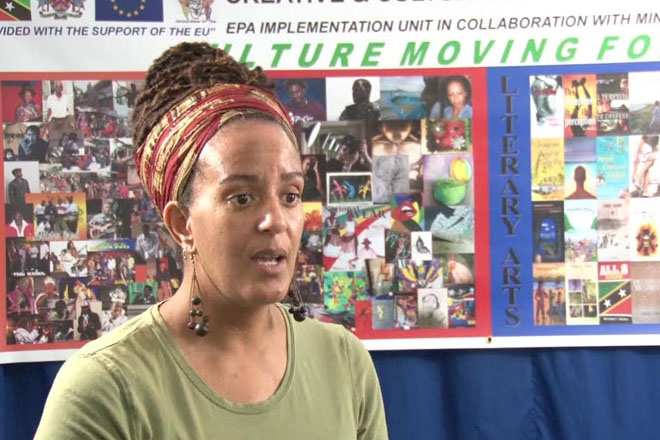 The first is the Heritage Perspectives Project that involves the video documentation of the opinions of a variety of St. Kitts heritage stakeholders about the Brimstone Hill Fortress National Park, Charles Fort, and Bloody Point. This project is a collaboration between the Department of Culture and Leiden University, Holland and forms part of the university’s research activities in the Caribbean in its “Nexus 1492” project, that seeks to show how stakeholders in islands of the sub-region relate to and value different kinds of heritage.

Documentation Specialist at the Department of Culture Marlene Phillips explained the objective of the exercise.

“Generally, the project tries to document, archive and present the different perspectives on the multi-varied and complex heritage of the Caribbean, focused specifically on Amerindian Heritage in relation to other forms of heritage, and within the framework of the research undertaken in the European Union (EU) Nexus 1492 Project,” Ms. Phillips explained. “The videos will be available in a searchable and publicly accessible database of the Nexus Project, called “Voices of the Caribbean.”

The project will also show which heritage sites need upgrading and will raise awareness of sites through local web platforms, short documentaries and social media.

Heritage Perspectives has given rise to the second project dubbed Culture Snaps. This initiative combines community input, national integration and global visibility. Individuals visiting particular heritage sites will be able to give their opinion on the site and suggest places of interest. Ms. Phillips described the undertaking as a “crowd sourcing tool” and explained that the information will have a far reach and seek opinions on community handicrafts, important areas of interest, historic sites and beautiful vistas.

“The crowd sourcing tool developed for the St. Kitts Department of Culture is based on the Ushahidi framework,” Ms. Phillips explained noting its use in various professions. “Ushahidi is a non-profit technology company that builds open source platforms to help citizens, journalists, organizations, governments, and others gather, manage, analyze, and visualize crowd sourced data.

The third major undertaking by the Department of Culture is the Bloody Point Kalinago (Carib) Heritage Survey which takes place on Wednesday (April 15) at Lucinda’s Shop located in Challengers, St. Kitts. In this exercise, local students and young adults will conduct a two minute interview with taxi and tour operators as well as their passengers when they stop at the Bloody Point heritage site. Ms. Phillip revealed that one of the programmes undertaken by her department, specifically, the St. Kitts-Nevis Cultural and Creative Industry (CCI) Development – Out Reach Programme will assist Lucinda Phillip, the owner of Lucinda’s Shop, in developing her enterprise into Kalinago Karbay Bloody Point Heritage Centre. This expansion of Lucinda’s Shop has the objective of preserving Kalinago legacy by sharing information about that people’s culture. The information that is collected from the survey will be used to inform future developments of this area.