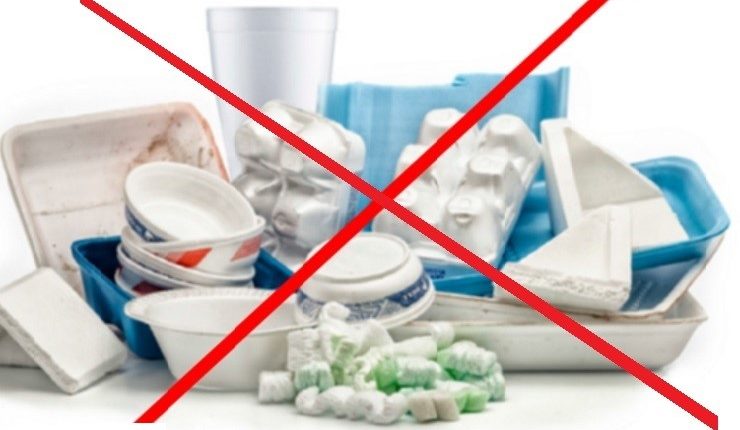 Basseterre, St. Kitts, June 12, 2019 (SKNIS): The Department of Environment will be proposing to Cabinet a ban on single use plastics, which include Styrofoam products, plastic bags, plastic straws and plastic cutlery such as knives, forks and spoons, says Director in the Department of Environment, June Hughes, on the Government’s weekly radio and television programme “Working for You” on June 5, which was celebrated around the world as World Environment Day.

Mrs. Hughes stated that the use of single use plastics is a challenge for St. Kitts and Nevis and is one that should be tackled to safeguard the environment.

“If you have a bottle of water, you drink it and then toss the bottle, you go to the supermarket, you buy groceries, they give you a plastic bag to put the groceries in, some may put their garbage in it but invariably, it is still a single use. Once you take out your groceries, you toss it in the garbage. So you see, a lot of it is entering into the environment very quickly,” said Mrs. Hughes.

She stated that from production of the plastic to its end use is a very short time span. She said this is unlike some multiuse plastics where there are plastic bottles that can be used multiple times and when the lifespan of use is over, it can be recycled to something else. “For now that is better than a single use plastic,” she said.

The director stated that the ban will take some time to get used to.

Styrofoam products, plastic bags, plastic straws, plastic cutlery including knives, forks and spoons will be the first target to be banned with others to follow.

Mrs. Hughes stated that there are alternatives to the use of these items. She commended those who have seen the problem and have started to introduce the alternatives.

She encouraged persons to embrace the use of alternatives made from sugarcane byproduct and vegetative matter.

“There are biodegradable plastics, but you have to find out what it’s made from,” said the director. “It’s not made from a vegetative base or a natural product base, or how long it takes to degrade, that might not be the wisest choice.”

Mrs. Hughes noted that the department recognizes that the alternatives are expensive, but there is hope that the prices will be reduced.

“The good thing about this is that the world, not only St. Kitts and Nevis, and not just the Caribbean, the world is moving away from single use plastics. So there are more alternatives available now and they are getting cheaper by the day,” she said.

The director stated that it is hoped that the government will consider duty free concessions on the alternatives.

“I am hoping that in the proposal that we will send to Cabinet that they would lean towards looking at duty free concessions on the alternatives,” said Mrs. Hughes. “It may be in phase approach as in we start with zero and then phase in until it reaches whatever percentage it’s supposed to be.”