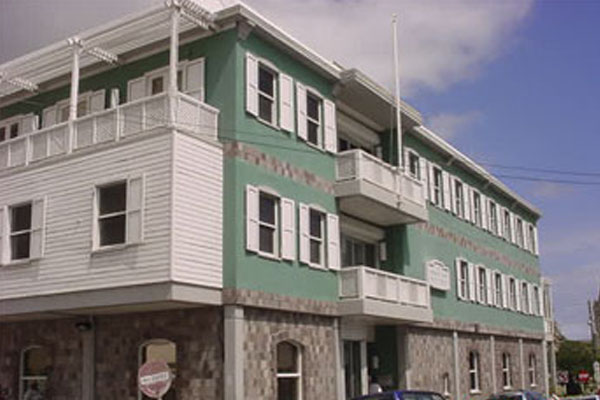 Basseterre, St. Kitts (CUOPM) — Assets held by commercial banks in the Federation of St. Kitts and Nevis totalled EC$6 billion at the end of December 2013 representing a nine percent increase over 2012.

“During 2013, deposits grew by 12.1% to $4.2 billion over the previous period. The Eastern Caribbean Central Bank (ECCB) continues to execute its duty which is to maintain the stability of the Eastern Caribbean Dollar and the integrity of the banking system in order to facilitate the balanced growth and development of member states,” said Prime Minister Douglas in his capacity as Minister of Finance.

He said that in context of the regional development agenda, a critical challenge is completing the task of creating a single financial space within the Currency Union.

“The work must continue in respect of strengthening the financial sector particularly as it relates to enhancing the regulatory framework and bank supervision. In this regard, the Government of St. Kitts and Nevis remains committed to the efforts of the ECCB to review and amend banking legislation with a view to achieving success in the stabilisation of the regional banking sector. In the interest of keeping the OECS Region strong, we cannot afford to delay this process. We therefore use this opportunity to signal our intention to endorse the proposals by the ECCB for legislative changes. In the very near future, we will make amendments to the ECCB Agreement and the Banking Act, and table legislation establishing an Asset Management Corporation as well as regional legislation on foreclosure,” said Prime Minister Douglas.

Prime Minister Douglas said another challenging issue is the fact that in March 2010, the United States of America passed an Act that has far reaching effects, well beyond the shores of the USA.

“That Act is the Foreign Account Tax Compliance Act, otherwise referred to as FATCA. FATCA was enacted by the USA as a means of combating tax evasion by ensuring that the US Internal Revenue Service (IRS) could obtain information on US persons who may be investing and earning income through non-US institutions. Such income is taxable by the USA. FATCA requires financial institutions outside of the USA to report to the IRS any tax relevant information on US citizens who have assets of US$50,000 or more in their institutions,” said Prime Minister Douglas, who noted that in the context of St. Kitts and Nevis, such institutions would include entities that accept deposits in the ordinary course of banking or similar business such as commercial banks, credit unions and insurance companies.

“If these institutions do not submit the required information, a 30% withholding tax may be levied on certain payments and, in the case of the banks, they run the risk of losing their correspondent banking relationships – a situation that would cripple the operations of our banks and quite possibly cripple our ability to freely conduct business with the rest of the world. Mr. Speaker, these institutions really have no option but to comply,” said Prime Minister Douglas.

He said that the Government recognized the challenges that were confronting the financial institutions as they would have had to revisit their customer acceptance, account openings and due diligence procedures and undoubtedly incur some expense to change their reporting and data management systems.

“Changes will also have to be made to the legal framework to allow the affected financial institutions to pass on the required information. It is for this reason, Mr. Speaker, that my Government will bring to this Honourable House a Bill entitled Foreign Account Tax Compliance (United States of America) (Implementation and Enforcement of Inter-Governmental Agreement) for safe passage,” Dr. Douglas said.

He added that the Bill has been drafted by the Legal Sub-Committee of the ECCU Working Group on FATCA – a group that was initiated by the ECCB to treat with the compliance of financial institutions that are licensed in the ECCU territories.

“In the mean time, my Government took the opportunity to come to an agreement, in substance, with the USA on an Inter-Governmental Agreement. We expect to sign this Agreement in the very near future. The Agreement will facilitate the transfer of the required information by the relevant financial institutions to the designated Government Competent Authority,” said Dr. Douglas.

The Competent Authority would then submit the information to the US IRS on behalf of the financial institutions.

“The introduction of FATCA means that the Government will therefore have to incur costs to develop the capacity to send this information in a manner that ensures confidentiality. This will include the acquisition and maintenance of software to facilitate the transfer of information in the specified format and the training of staff,” said Prime Minister Douglas.