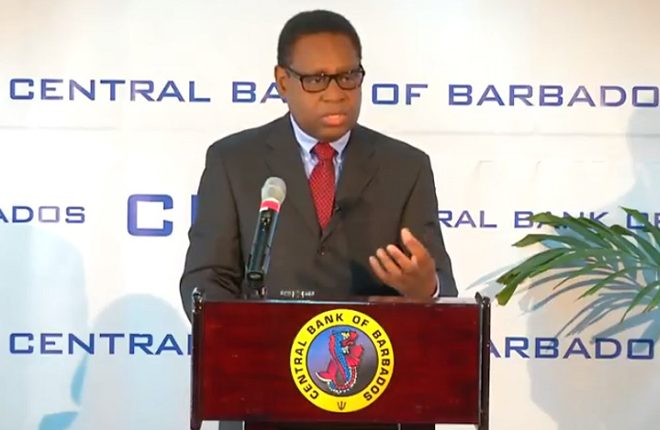 Despite Tax Measures, Barbados Economy in A Slump

The Barbados economy is still in a slump and remains on a downward track, with the island’s foreign reserves in a worse position despite onerous tax measures introduced in the last budget.

Acting Central Bank Governor Cleviston Haynes reported that while the economy posted a modest 1.4 per cent growth during the first nine months of the year and raked in an additional BDS$98.6 million (US$49.3 million) in tax revenues, the foreign reserves was way below the international benchmark of 12 weeks of imports and the fiscal deficit was still too high.