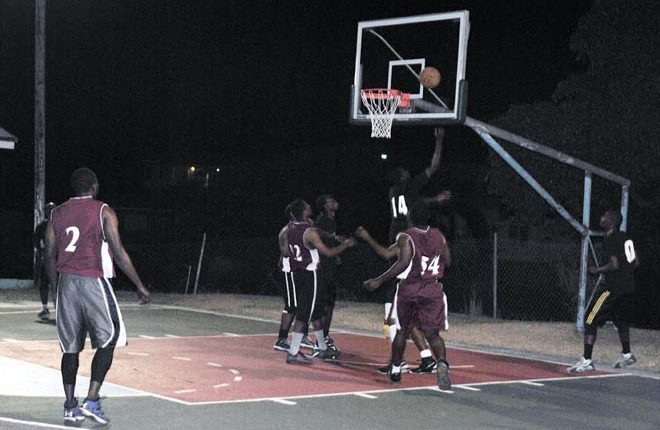 The game last night between Bad Boyz and Hurricanes, and the one to be played tonight between Flawless Construction Lions and Runners will determine the team that will join Lions, Bad Boyz, and Heights for the knockout stage of the tournament.

Hurricanes who were looking for an upset by beating the Bad Boyz and one that would have put them in a favourable position to sail into the last four were edged 80-88 by the determined Bad Boyz who have lost only one game in the Development Bank Challengers Exodus League – to Lions.

If Runners win tonight, they will automatically enter the last four. But do their have the gumption to overcome Flawless Construction Lions who have floored all the teams that they have faced, apart from the one game they won without stepping into the courts after Exodus Juniors withdrew to concentrate on the National SKABA Junior League?

Should they however lose, it will mean that there will be five teams tied at 14 points each, and that is where league officials will have the hard task of picking the team that would sail into the last four. These contenders for that single spot will be Hurricanes, Exodus Alliance, Runners, Wolf Pack, and Quakers as they all will have amassed a total of 14 points each.

Faced with that question, Challengers Exodus Basketball Club Team Manager and the league’s chief statistician, Mr Roger Gumbs took a ‘wait-and-see’ attitude as to suggest that he would rather comment after a bridge would have been crossed.

The game between Flawless Construction Lions and Runners starts at 7:30 pm, and Development Bank Challengers Exodus Basketball Club Team Manager Mr Roger Gumbs promises that a capacity crowd is expected to turn out at the Challengers basketball hard courts.